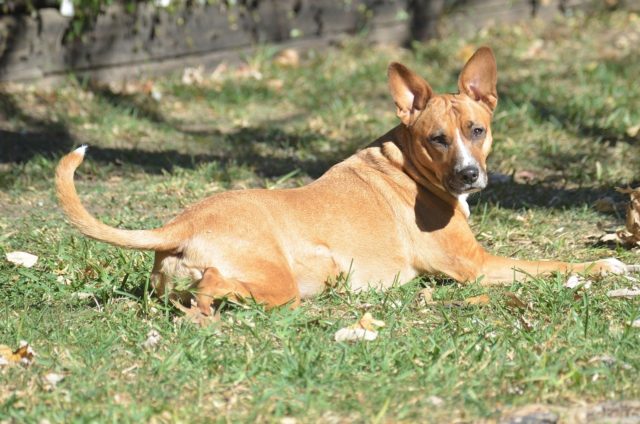 Sandi, who is a Pit-Bull boxer mix, wanted a loving home, which is the only desire usually a dog at a shelter has when he or she sees families coming in and going out of the facility.

The dogs, not fortunate enough to be adopted because of any reason whatsoever keep on witnessing their companion animals, leaving them and getting adopted into their new families.

While the staff at a shelter always tries to keep the environment loving and friendly for the dogs but they can never provide the same kind of happiness to a pooch that he would get in a forever home. Sandi was one such dog who also desperately longed for a family for seven years without any luck, but all of that changed when Carrie and Erin Rhodes met this adorable dog at a local humane society in Marion-Grant.

Twelve-years-old Sandi had lived at the shelter even longer than any of the staff members there, but fortunately, this provided her time to meet the right family eventually. 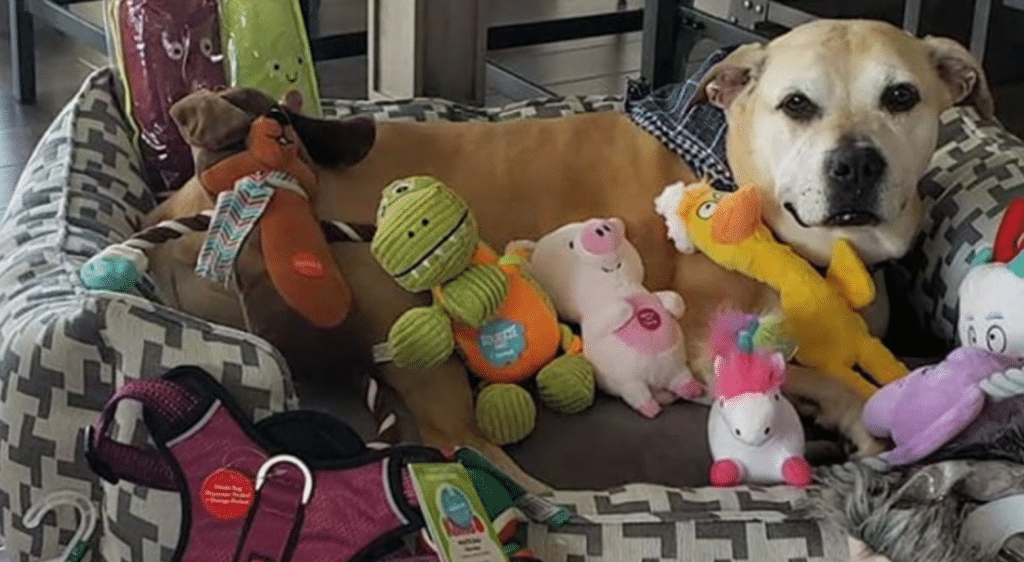 Carrie and Eren Rhodes visited the shelter to meet Sandi more than a dozen of times before finally deciding to adopt the dog. Carrie and Eren said that the dog seemed very loving to them, and the pooch needed a home, so they got her adopted.

Sandi has already adjusted quite well in her new home and is actually thriving. She has learned to use her new doggy door. To exert some of her energy, she likes to play tug of war, and when she gets tired, she just goes into her doggy bed and grabs her blanket.

When Sandi was leaving the shelter, she was wearing a crown on her head given to her by the staff at the shelter as a promise of a royal treatment that she would get.

Image source: ABC News via Do You Remember