Home Dog Stories Blind Senior Dog Clung To The First Person She Met At The... 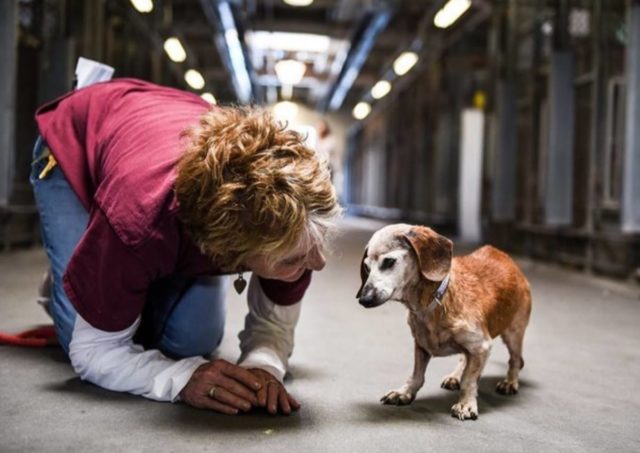 The heartache of being abandoned on the streets or at an animal shelter is something that no dog should ever experience. Puppies who lived their life as pets would mean that they will have to face a new life filled with uncertainty.

It is no wonder why Muneca, an 18-year-old dog, was so keen on making a connection upon her arrival at the Baldwin Park Animal Care Center in Los Angeles, California. Apart from the dachshund’s old age, she already lost a lot – her home, a family, and her eyesight. 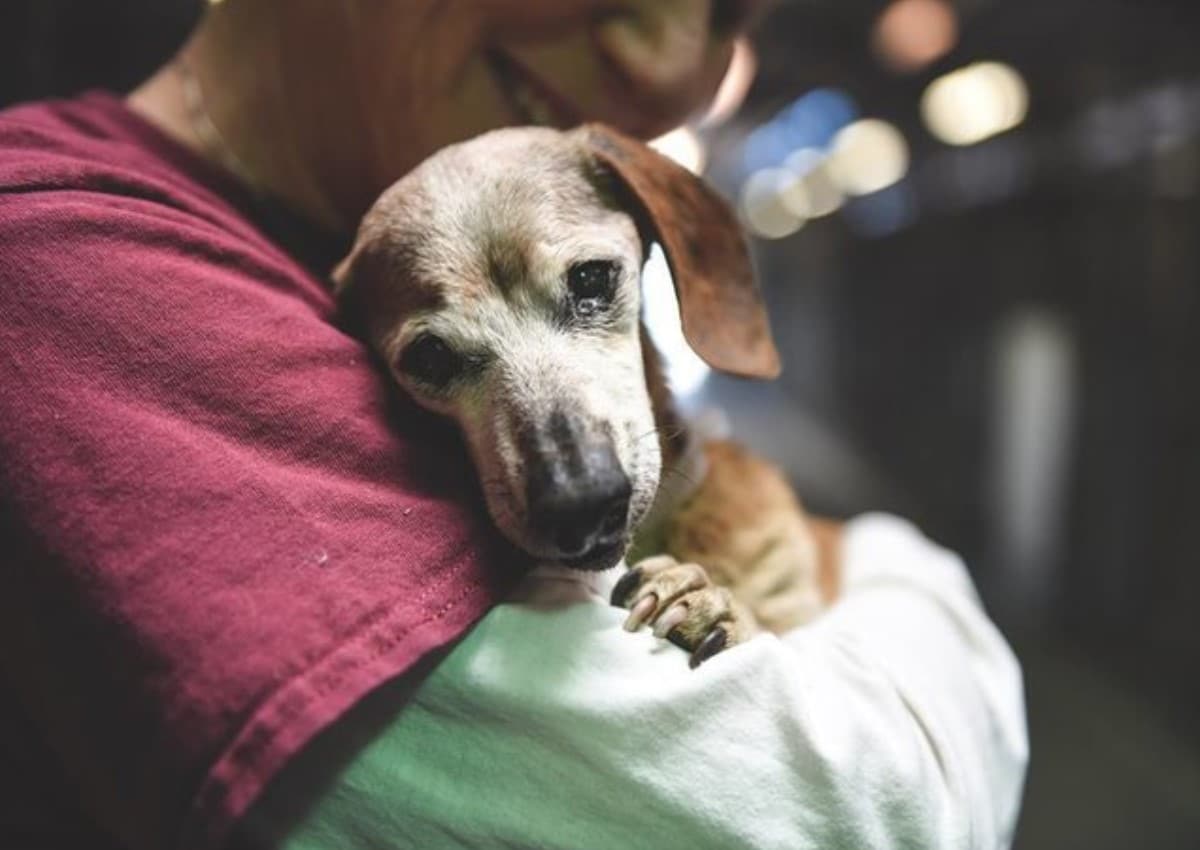 Elaine Seamans has been a longtime volunteer at the shelter when she decided to visit Muneca on a Tuesday. The flea-infested blind dog immediately jumped into her arms and refused to let go.

Fortunately, Elaine’s other friend, John Hwang stopped by the shelter with a camera in tow. She asked John if he could take pictures of Muneca to increase her chances of getting adopted.

John told The Dodo that when he arrived at the shelter, he saw Elaine holding Muneca. The dog literally clung onto her arms tightly.

He added how fantastic Elaine was with dogs, that she would even roll on the floor to play with them.
John fondly shared how he loved capturing Elaine’s unique chemistry with the dogs.

John stated that whoever sees the photos he will take, he wanted them to feel something ⁠⁠— a connection.
He said that if he could get the right kind of link needed, the person who would see that photo will feel the same thing as well.

Muneca stayed at the shelter for two days when John uploaded Muneca’s photo on Facebook.
When the Frosted Faces Foundation saw his post, they quickly took Muneca in with them for foster care and sent him to an animal doctor in San Diego.

After staying at the shelter for a few months, she got adopted into Amy Gann’s home. While Muneca was previously a dog that no one really wanted,
she is now spending her remaining days basking in happiness and love, thanks to Amy, who gave her a new chance at life.