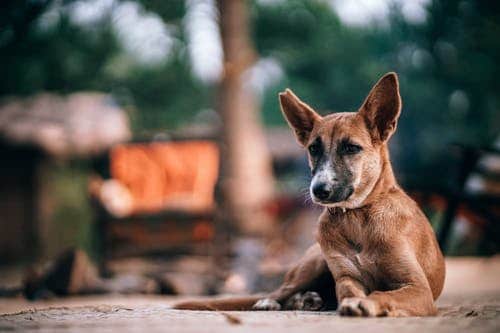 Dogs without a home are silent sufferers who even after being rescued, do not have the ability to even narrate their story. The injuries they have all over their bodies are the only evidence of what they have been through.  The hardship they have undergone is obvious due to the telltale signs of torture and neglect, all over their bodies.

According to the ASPCA, 1.5 million dogs are euthanized every year, all over the world, if they are not lucky enough to get adopted by people who are willing to take them in and care for them.

Many dogs are rendered homeless due to unforeseen circumstances or neglect, while a large number of dogs are born homeless.

Thankfully there are animal shelters that rescue stray dogs before they can find their forever homes. However, the animal shelters do not have the capacity to take in all the homeless dogs out there.

One such dog that found himself in such a situation is Nuri whose suffering is captured in the video below. The footage begins with a sad agonizing howl that lasts all night long. Nuri’s sad cries capture the sympathetic ear of a woman who at first suspects that the dog is being abused and comes to his rescue. To her surprise, she finds that he is crying in his sleep.

She noticed that Nuri was experiencing serious seizures and was bleeding from his side. The serious injuries, explain his agonizing cries. The concerned lady feeds the dog and takes him for medical care.

Two months later, the dog still suffers from the trauma he has experienced and is continuing to have disturbed sleep. They treat him with some aromatherapy which relaxes him. The therapy coupled with warm blue lighting in his sleep area does the trick and Nuri is finally able to sleep peacefully for the first time in a long time.

Nuri is lucky to have been rescued, but sadly there are many dogs out there that need a home. Adopt a dog today.