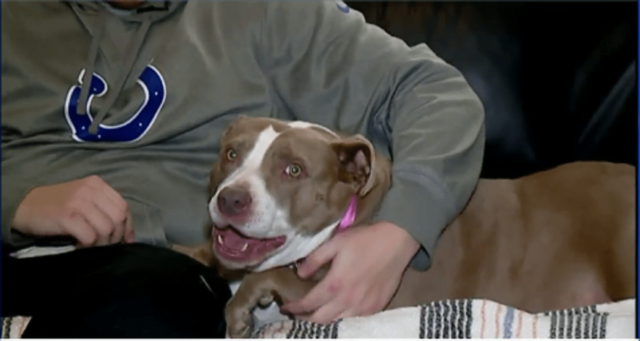 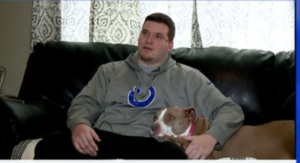 Whenever we watch news about dogs, we always hear about how dogs save and protect their owners. Here’s another story worth reading.

Donnie Massing, the owner of a 90-pound dog, can’t stop bragging about her dog Roxy on how she saved her home from burglars.

Yes, you heard it right! This friendly pooch underdog just saved the day.

According to the Indianapolis Metropolitan Police Office (I.M.P.D.), a man broke into Massing’s home. Once inside, Roxy prepared herself to protect her owner’s house. The burglar went to the second floor to avoid the dog and tried to jump out of the window. Their neighbors saw this and dialed 911 immediately. 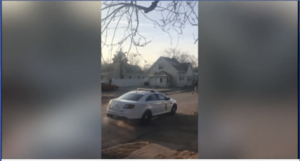 According to Massing, while the man tried to put one leg out of the window, Roxy prevented him from escaping by pulling him back inside the house. Videos showed that the man broke free. While falling from the second floor of the house, he kept yelling about the big dog inside the house.

The police got there immediately while he hit the ground head first. The respondents treated the suspect for the injuries he got on his head and hands. However, it puzzled them whether Roxy caused the other injuries or not. 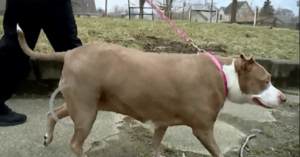 They used to wonder about how Roxy would protect the house since they did not get her as a puppy. Now, Massing’s family sees Roxy as a hero. The owners of Roxy felt relieved that the suspect got caught. Somehow, they feel safe knowing that he won’t be around for quite a while.

Our dogs are not just pets. We should consider and treat them as part of our family too. To all dog owners out there, I hope this story reminds us of how our treatment to our dogs affects our relationship with them. The loyalty of a dog to its’ owner amazes me all the time.

Thanks to our friends from CBS4  for posting the original story.