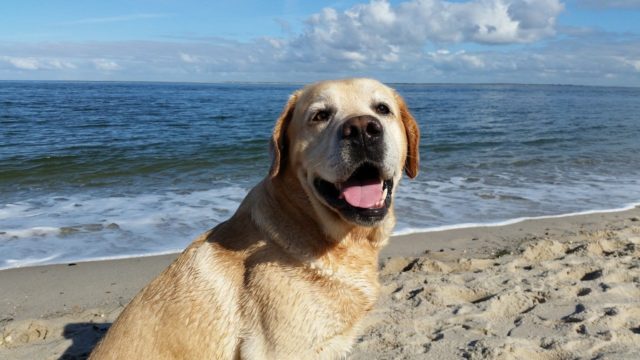 Fliss Cater moved to Scarborough, North Yorks, in 2017, where she opened a bath and skincare salon. With her was her 2-year-old Labrador Retriever, Molly. They loved their new home, but as they were getting settled, they couldn’t help but feel disappointed about seeing the heavily littered local beaches.

Her mom has had Molly since she was just nine weeks old. The pooch has always had a knack for picking up plastic bottles. When Molly was only four months old, she would run across the beach and gather plastic bottles using her mouth.

And after only a few trips to the beach, she began picking up other stuff like ropes, toys, and buckets from the beach. 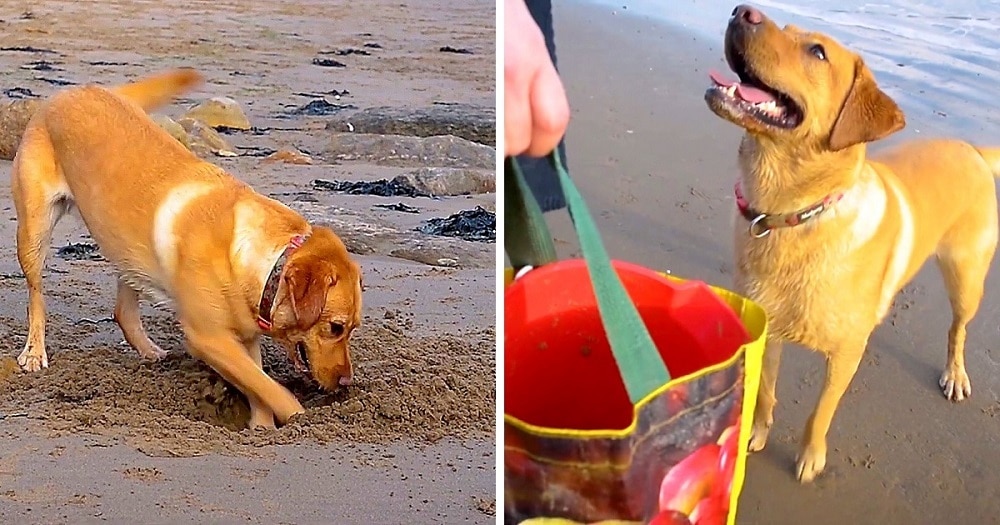 Fliss decided to use Molly’s habit for a good cause. She started bringing Molly to the beach to pick up trash as much as they could. The two of them would pick up hundreds of pieces of garbage every day, even on Christmas day. She trained her to gather specific trash only to prevent her from being harmed as there are a lot of sharp and hazardous objects on the shore.

Molly loved her task so much that she wouldn’t even ask for treats for doing them. Fliss has had to upgrade her small bags and buckets to massive trash bin liners. Fliss never leaves the house without a plastic bag or bin liner in her purse because she was sure Molly would pick up something outside.

Molly became a celebrity among the beachgoers. They are hoping that Molly can help raise awareness so that people would stop littering.

To date, it was estimated that Molly has already helped pick up about 250,000 pieces of garbage from the seafront alone. The sad thing is, these irresponsible beach-goers keep on littering shamelessly on the beach. They are hoping to see more dogs join Molly and create a litter picking dog army!

Watch how Molly loves to clean beaches in the video below.