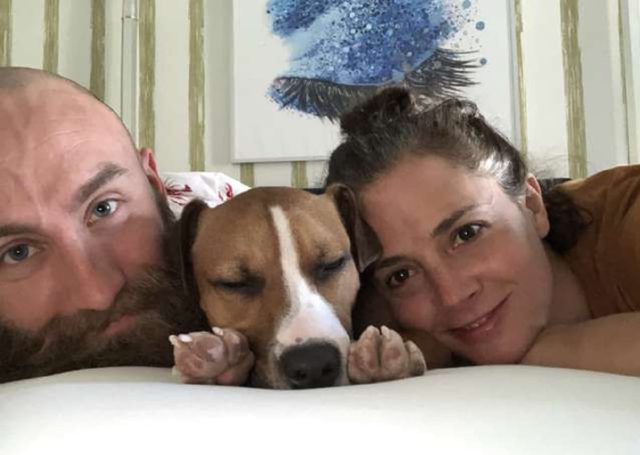 On his way to work one morning, Kristofer Goldsmith spotted something white and blue running by the side of the road.

Curious and a bit confused, he slammed the brakes and jumped right out of his truck. And as he went closer to investigate,
he realized that the terrified creature was a lost pup in pajamas.

The pup looked nervous, but interested. So Kristofer carefully approached him, grabbed his collar, and carried him into the truck.
He was completely docile that he didn’t make any movement while in the stranger’s arms. 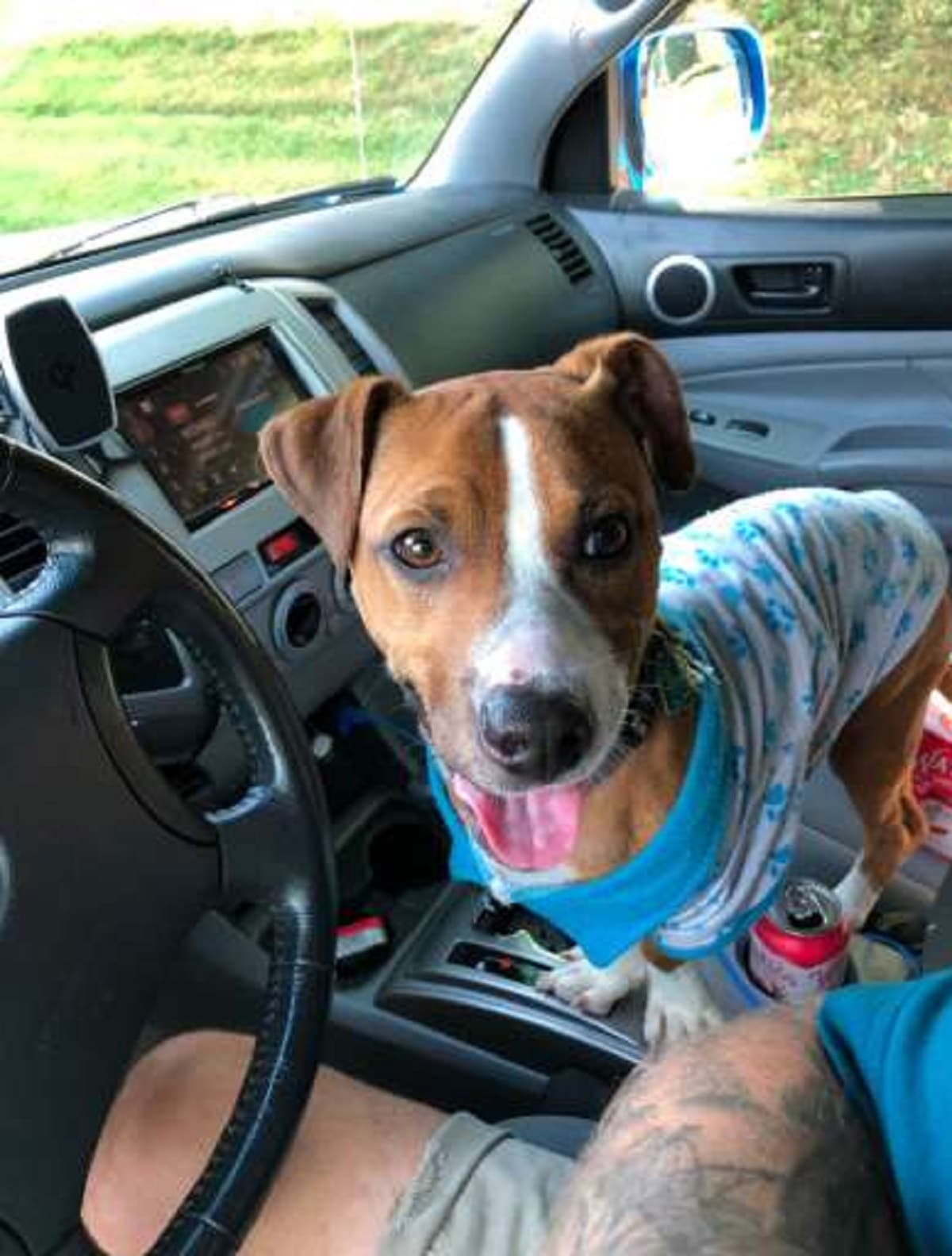 Using a DIY lead, Kristofer walked with the pup for approximately a mile, hoping it will recognize someone or something.
Unfortunately, they went in circles, and the little dog didn’t try approaching anyone’s porch.

Kristofer had no choice but to bring the pup to work. On their way, the little guy snuggled upright on his lap. It’s as if he was telling him that he’s never letting go.

Once they made it work, Kristofer dialed the number listed on the pup’s vaccine tag. He learned that the pup’s name is Frosting and he’s an 8-month-old puppy.
The clinic refused to provide any other information due to the privacy policy, but they promised to reach out to Frosting’s owner. 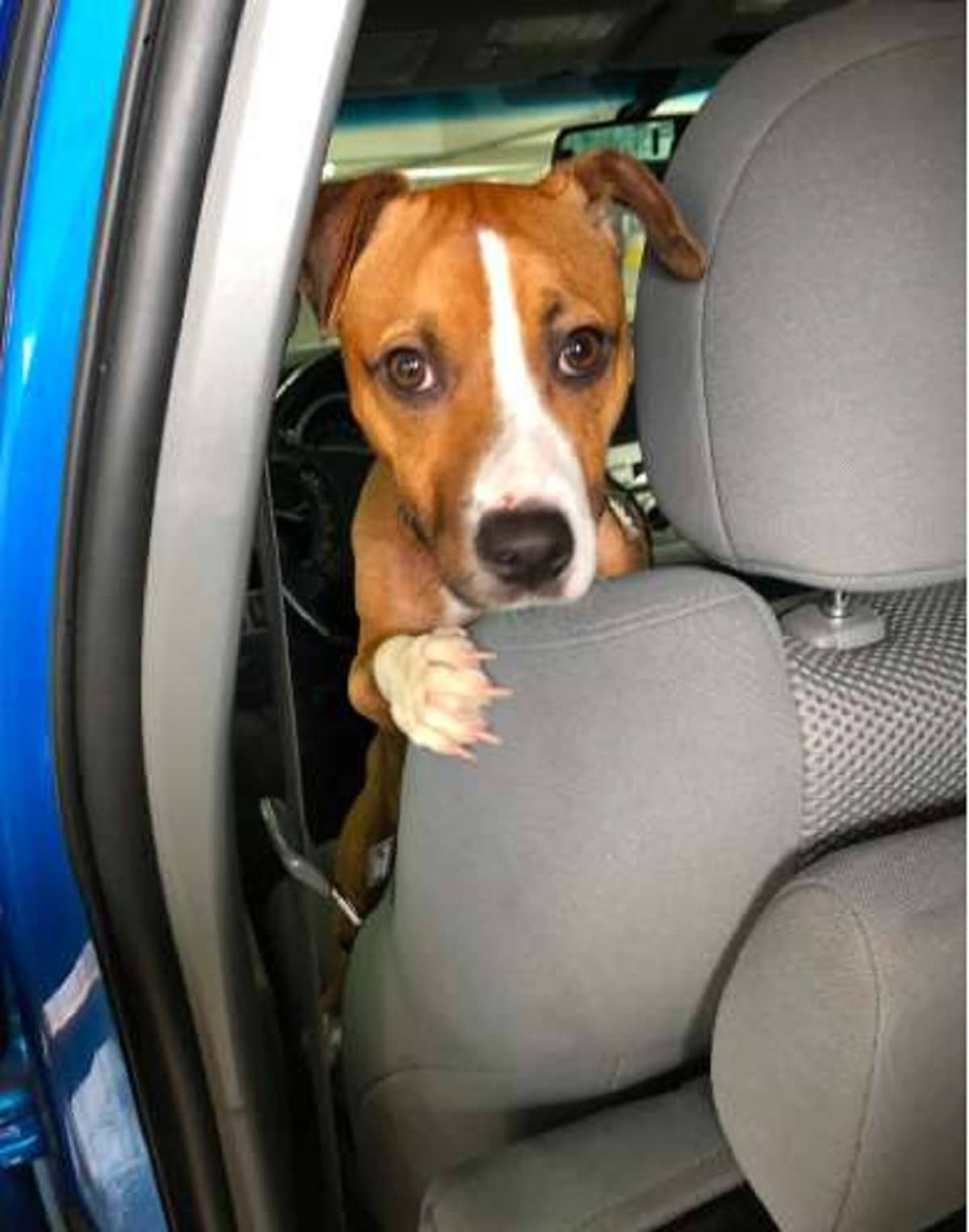 Kristofer was worried that someone might be terribly missing Frosting. So, he shared a post on his Twitter page and asked his friends to help him find the dog’s owner.

At work, little Frosting made sure not to leave Kristoffer’s side. Wherever his newfound dad was, he sure was there, too.
But because dogs aren’t allowed in Kristofer’s rental property, Frosting needed to stay with a friend.
They were apart for 8 hours only, but that seemed too long for the little pup already.

The following morning, Kristofer came to pick Frosting up. And the pup was incredibly excited seeing his dad. 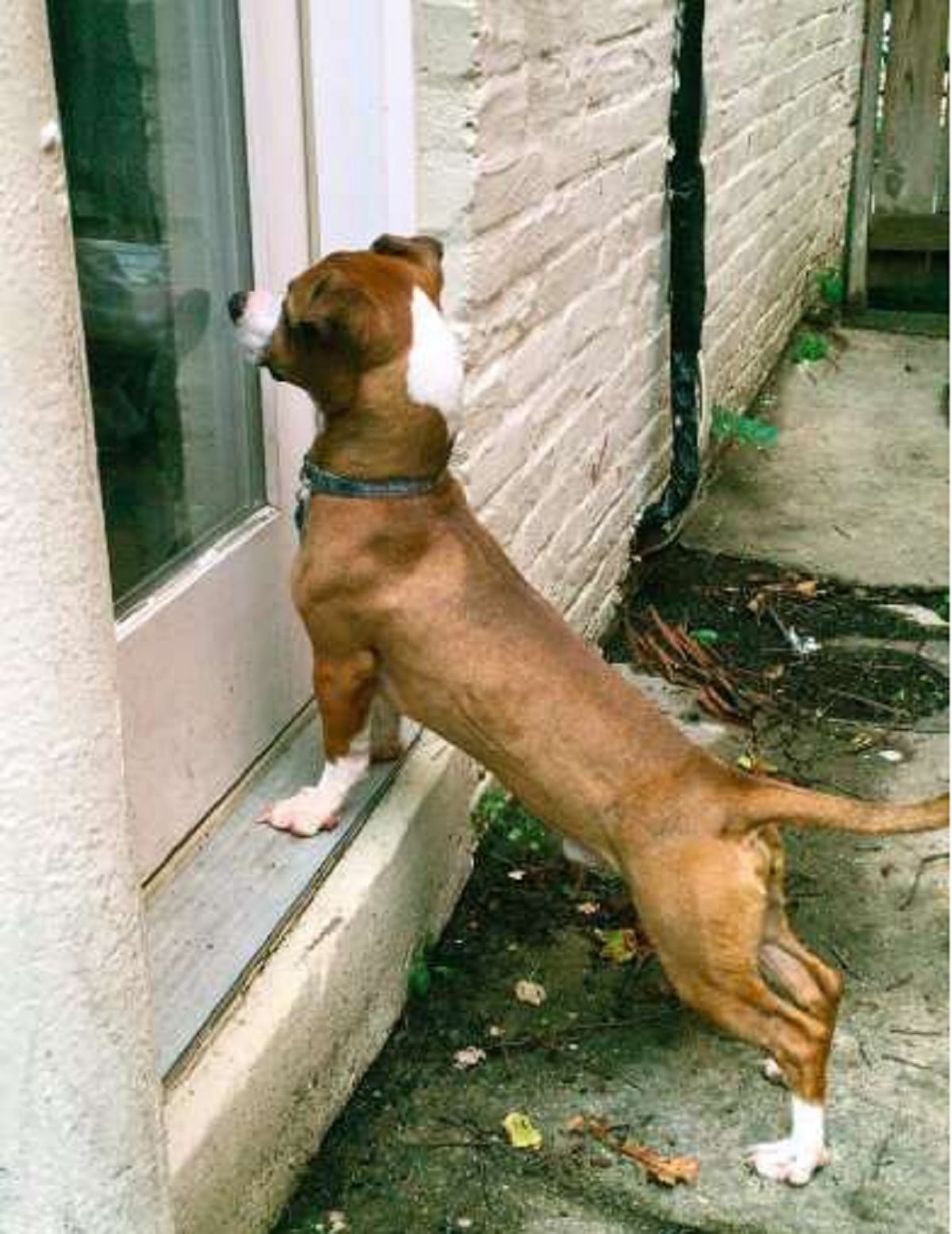 One week passed, but no one came to claim the lost pup. Fortunately, Frosting didn’t have to be in a shelter to find a new home.
Kristofer and his wife were more than happy to welcome Frosting into their small family.

Kristofer admitted that his and Frosting’s story is proof that not every adoption goes as planned.

They may have been looking for a dog to adopt, but this adorable dog found them first.