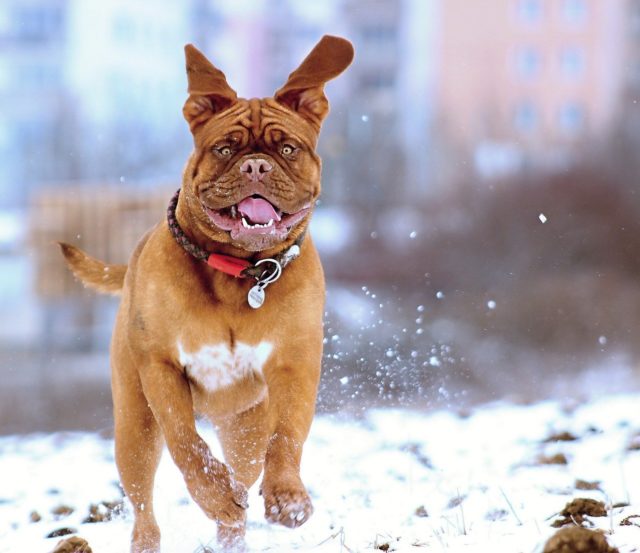 An Edmonton weatherman and an enthusiastic Mastiff dog made viral news when their joint weather forecast was televised. The weatherman, Mike Sobel, attempted to deliver the local weather while the large Mastiff mix wrestled around with the weatherman. 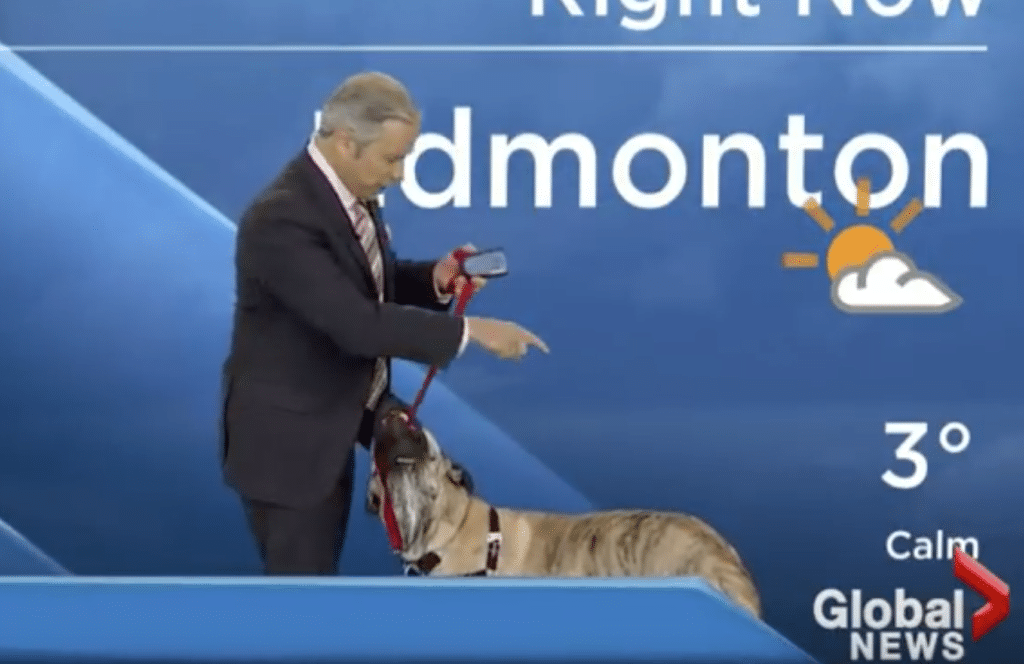 Global News Edmonton partnered with a local shelter to bring attention to the shelter’s adoptable dogs. The Canadian news station incorporates animals into their weekly adoptable pet segment. One of the network’s guests was a Mastiff mix named Ripple. Global News weatherman Mike Sobel agreed to let Ripple be his co-host for the day.

The one-year-old Mastiff had never been on television before. When the segment started, Ripple immediately begins to tug at his leash while Mike is trying to deliver the weather. It sends Mike into fits of laughter as he tries to continue talking. As the segment continues, Ripple proves to be quite the wrestler. At one point, the large Mastiff stands on its hind legs and practically knocks Mike over! 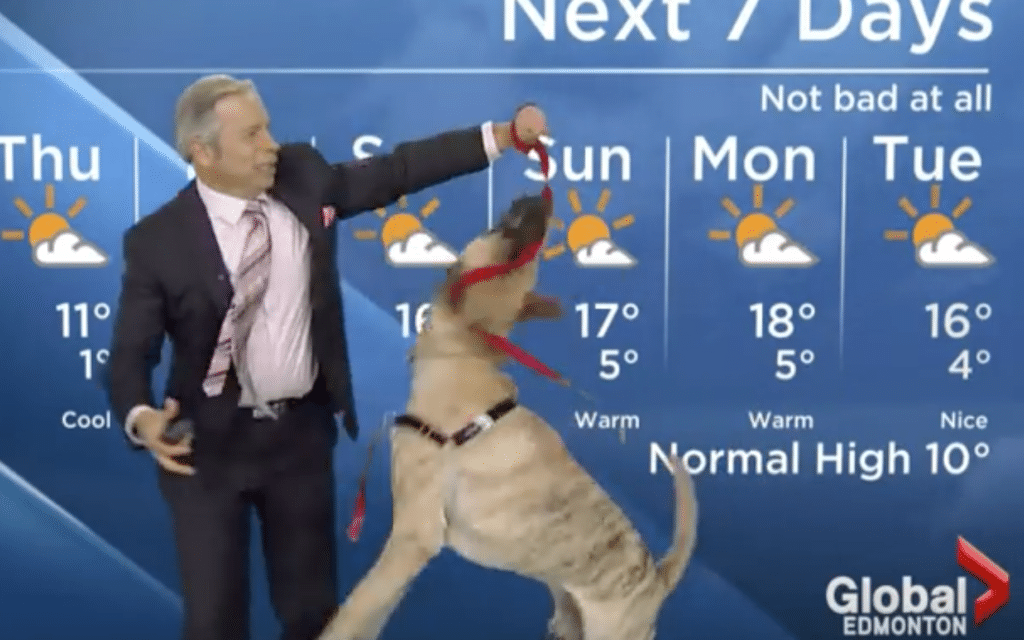 Despite having to tackle the giant dog, Mike does an excellent job of finishing his forecast. He attempts to get Ripple to sit, but the Mastiff is too excited. Watch the funny video clip here:

Mike said he owns his own dog and so he has experience handling them. The weatherman has been doing his segment for the past 15 years. Mike also commented that in those years, his forecast with Ripple was the craziest thing that has happened. He referred to the Mastiff as rambunctious but was hopeful he helped in the adoption efforts.

Mike was successful. One day after the broadcast aired, Ripple found a home. Dennis and Susan Paulsen of Alberta were ready to take on Ripple. The couple has a lot of experience with large, energetic dogs, and they have a big property for Ripple. The Paulsens said they were happy they watched the news.