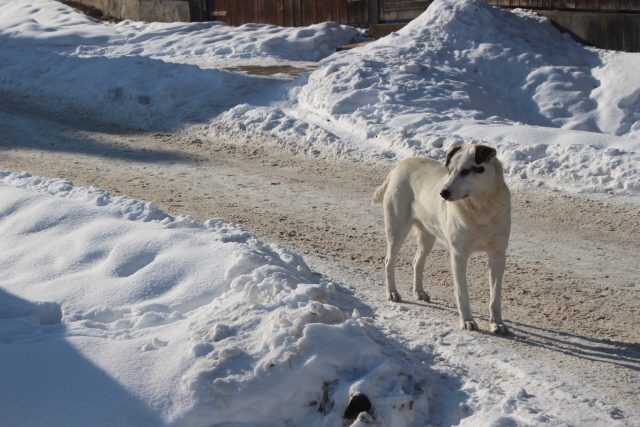 What seemed to be a lovely snowy day outside for the Maine family quickly took a turn for the worse when an unlikely incident occurred.

The family was clearing the thick layers of snow on their front yard when suddenly their beloved dog named Sophie went out and suddenly disappeared from sight.

Albert Silver and the rest of his family went out for a search operation for the missing Sophie. But after a few hours, they were not able to find her.

The family called animal control to assist them in the search for their beloved dog. They also sought the help of their neighbors to join them in the search. Several more hours passed, but they were not able to find Sophie.

In desperation, they then turned to the internet and posted Sophie’s story on Facebook. In the post, they asked for help for anyone who has seen their beloved 13-year-old dog.

The search continued as more people within the neighborhood offered their assistance in looking for Sophie, to no avail.

Days went by…sadly there was no trace of Sophie.

The relentless cold and extreme weather made matters worse and at some point, the family almost gave up hope of finding their beloved dog.

When all hope seemed lost and the search party was beginning to give up, Richard Austin, a neighbor who was heading to the family’s house suddenly saw Sophie in the snow.

On investigating further, it appeared that the lost dog was unable to get out of a snowbank because she was buried in layers of snow.

Austin immediately got his tractor and cleared the snow surrounding Sophie. After the long ordeal, they were able to rescue her.

The family immediately sent her to the local vet for a check-up.

Fortunately, Sophie was unhurt and none the worse for the wear, although she had lost some weight.

The family expressed their gratitude to all the people that assisted in the search for their beloved dog. And are glad that Sophie is safely back home. 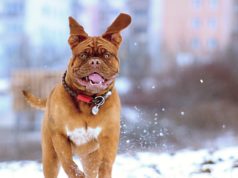