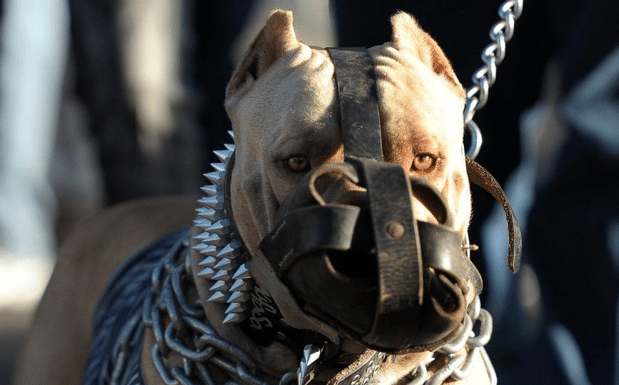 Not all dog breeds are your go-to family companions. Every time you think of a family pet dog, there are those breeds you should give a second thought.

While training plays a key role in keeping your four-legged friend in the best of temperament; some dog species are infamous when it comes to causing havoc and destruction.

Over the years, the list of banned dog breeds keeps growing as more cases of fatalities are reported. Such breeds often show uncontrollable and unpredictable behavioral patterns.

If you’re to stay updated on which dog breeds to keep in or off your home; here is a summarized list of the top ten most dangerous dog breeds in the world, in order of least to most dangerous.

As the name suggests, you expect this breed to be huge, strong and fearless. The Great Dane isn’t your everyday pet you would want to mess with.
Known for its giant height and weight, this breed can be highly dangerous to strangers or children if poorly trained or socialized.

Bred mainly for hunting, Boxer breed dogs are keen to game instructions and will rarely fail in a hunting mission. When it comes to obedience and attention training, however, they show much contempt and often seem to be aggressive attackers.
With strong jaws and a square muzzle, Boxers have a strong bite which can translate to serious injuries if unprofessionally trained.

Wolf dogs are some of the most adventurous dog breeds that are loyal, playful and attentive. These hybrid dogs, however, exhibit uncanny characteristics which can be very unreliable.
Due to their hybrid nature, not all Wolf Hybrid will exhibit similar temperaments even after rigorous training. This makes them very susceptible to authorities hunting down dangerous and unpredictable breeds.

The Alaskan Malamute known for its affectionate and dignified disposition sits on the 7th spot of the most dangerous dog breeds.
Despite its attractive looks and attentive nature; this dog is a silent killer and can easily turn against the owner when handled inappropriately.
Such aggressive reactions have been reported, mainly towards strangers and smaller dog breeds.

With a close look, one can easily tell that this dog breed is ever keen on the finer details. It’s highly intelligent and can easily note when things are going wrong.
Their distinctive markings and erect triangular ears are just but a warning sign that these dogs can easily become protective if their well-being is compromised.

Meet a strange Bullmastiff and you’ll surely feel how it is to be in danger. This breed doesn’t have to be aggressive to look scary.
They are large and seemingly dangerous dogs that need proper training before they can learn when to tease, when to attack and when to relax.

The Dobermann breed is a perfect killer dog that’s not only very sensitive but also very territorial. With a glance, you can easily avoid eye contact with the Dobermann since they are always ready to attack.

A lot has been said about this godly breed that follows instructions better than a devoted servant. Very little has, however, been mentioned about their attitude in tensed situations.
As far as training is concerned, GSDs can easily pick up the most difficult of instructions. With proper socialization, they can bond with kids and even take care of the entire family on your behest.
The danger comes in when they are all alone and feels the need to protect what belongs to their master. 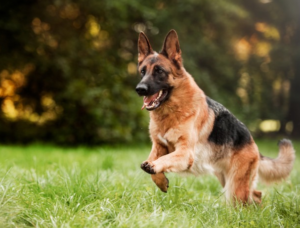 Perhaps one of the dog breeds with mood swings and temper tantrums is the Rottweiler. Emotional outbursts linked to this breed is enough to scare away any potential dog lover.
Rottweiler breed rank in the list of the most unsuitable family dogs of all time. To avoid risky incidents and unwanted injuries, it’s highly recommended to always have the leash on.

Commonly known as “the destroyer”, Pitbull is a fearless, strong and unreliable dog breed that can turn into an enemy in seconds.
It doesn’t matter if you’re the dog owner or just a stranger, but when Pitbull attacks, it fights to the last breath. No amount of training or socializing will guarantee safety if you own a Pitbull in your compound.
This dog breed is so dangerous that it has been banned in almost all countries. Where a certificate of exemption exists, they have to be muzzled in public. 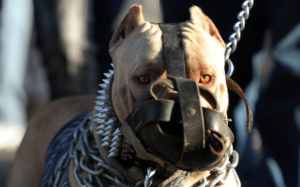