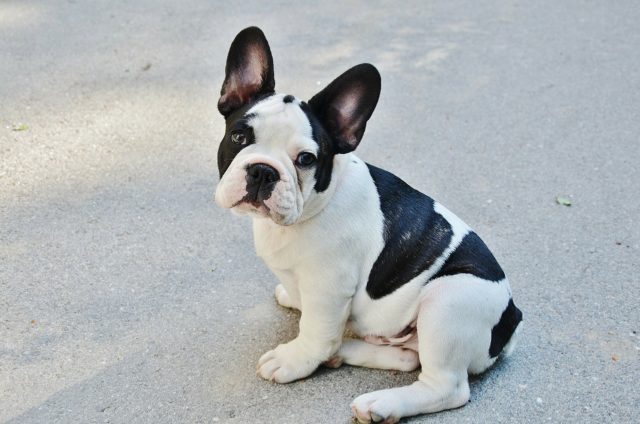 Dogs are the biggest people-pleasers that anyone could find on this planet. They try to help their fur parents in any way they can, even if they end up looking silly themselves.

In this short yet amusing video clip, a spotted French Bulldog named Batino takes a look at the plates arranged inside the dishwasher. By the looks of it, Batino’s fur mom loaded the plates inside the machine to clean them. 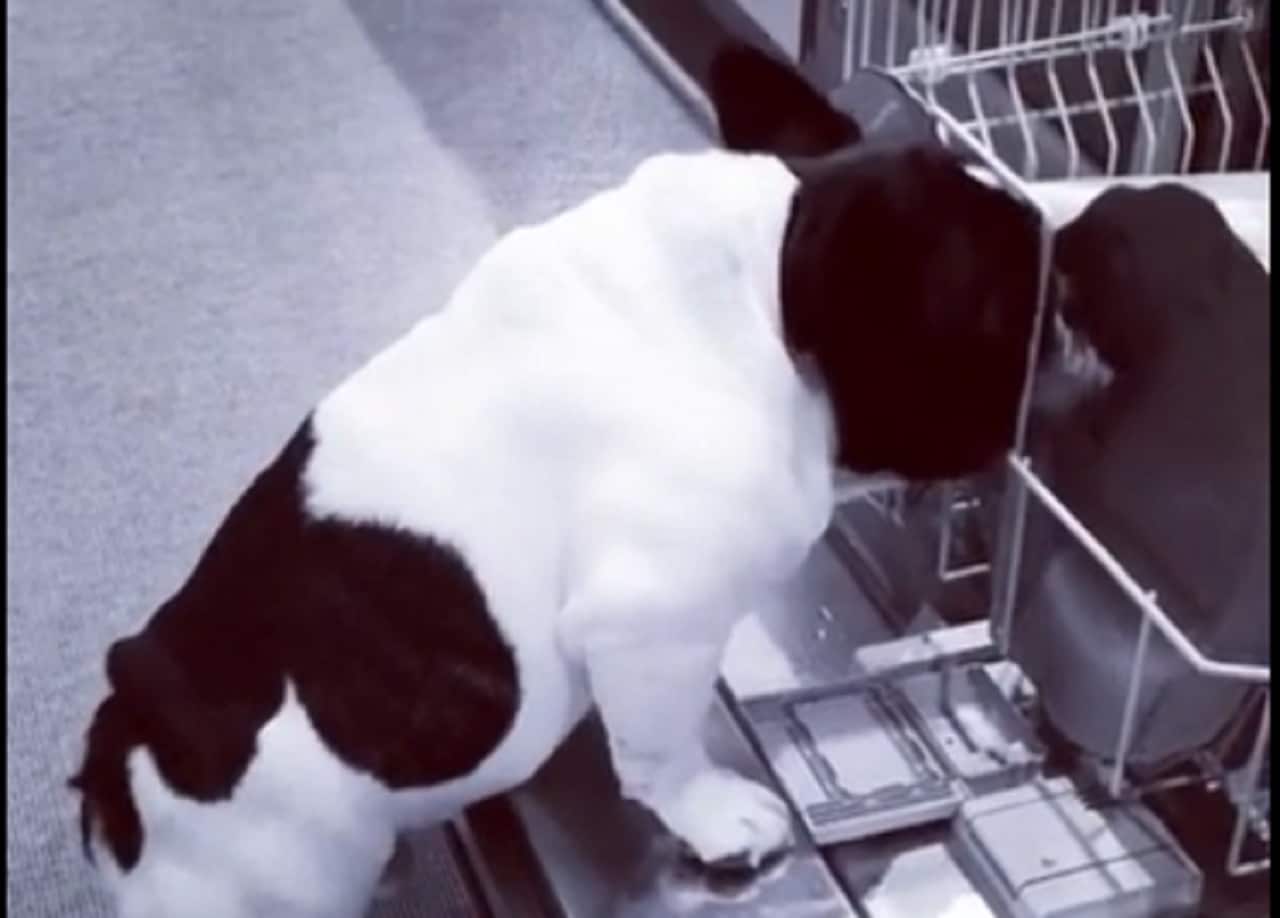 However, it seems the curious little Frenchie can’t help but inspect the dishes one by one to make sure they’re squeaky clean. Before Mom closed the dishwasher to start the cleaning process, Batino takes the task upon himself hilariously.

As Batino places his paws on the dishwasher’s door, the pooch cranes his neck towards the dishes and starts licking them. One by one, Batino licks the plates to make sure that they’re clean enough before he moves on to the next plate.

As the video continues, Batino carries on with his unique method of cleaning the dishes. Unlike the typical dishwasher, Batino only employs his instinct and his tongue to clean the plate. 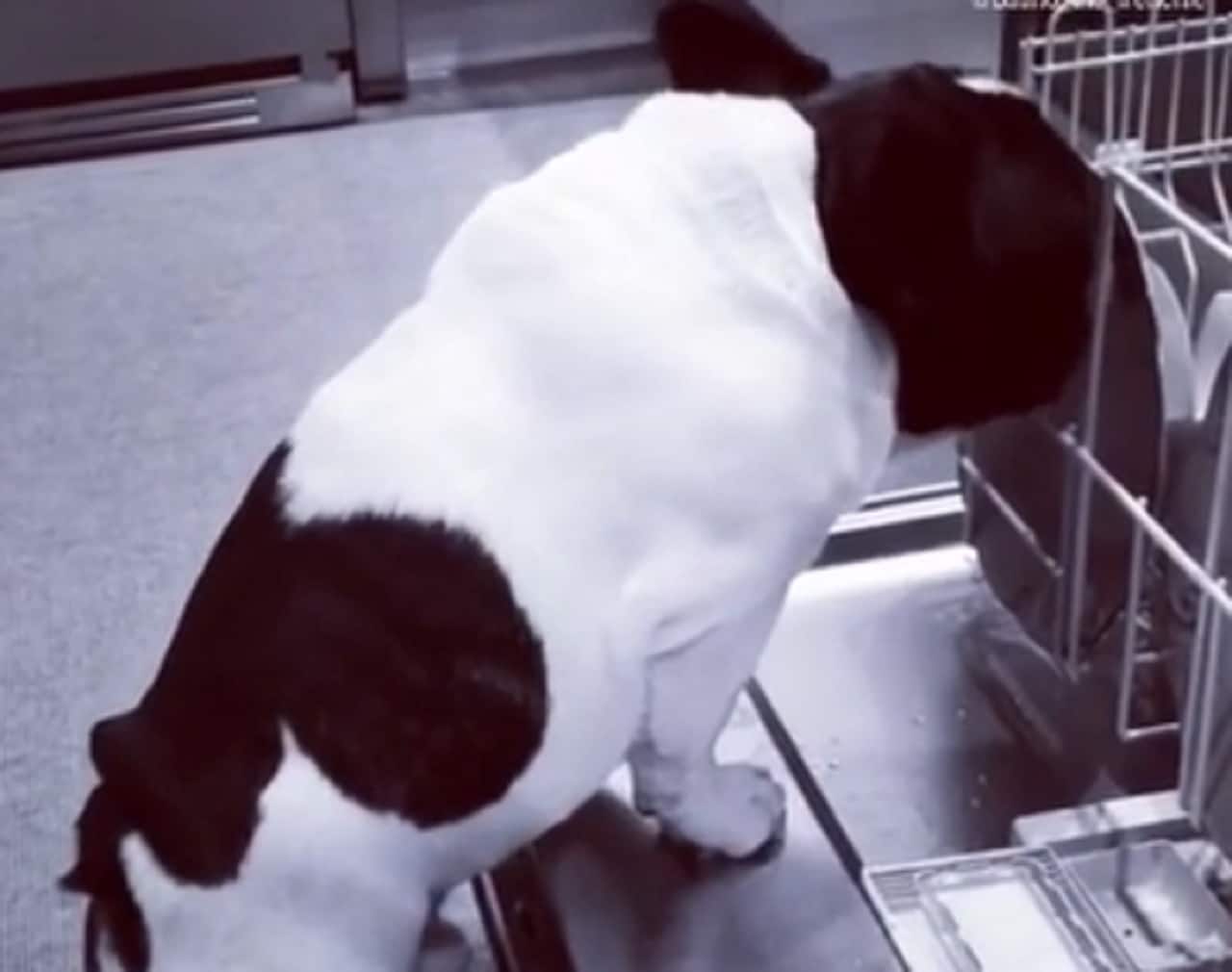 Despite the pooch’s genuine intent to help Mom out, Mom can’t help but laugh at the pooch’s silly actions. However, she doesn’t make a move to stop the pooch, allowing Batino to finish his task.

Do you think Batino managed to accomplish his dishwasher task? Watch the full video below for you to see how the story ended.