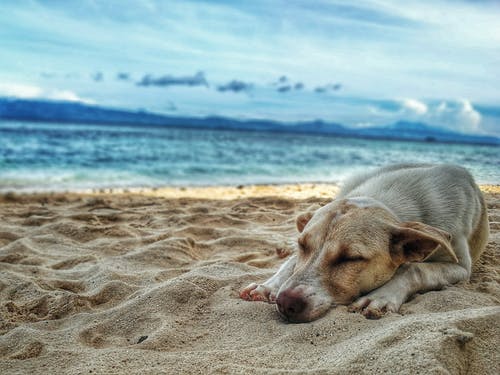 Dogs are known to be good companions and very loyal. They are also known to be very emotional and can be heartbroken, especially in the case where they are separated from their owners.

Many stray dogs out there are unable to trust people immediately after being abandoned. The owner could have passed away or left willingly or unwillingly. These dogs are usually rendered frustrated and afraid due to the unforeseen circumstances. Gaining trust usually takes a lot of time and patience.

Many stray dogs are abandoned every year. According to the World Health Organization, there are two hundred million stray dogs worldwide. The magnitude of the problem cannot be ignored. We need people who are willing to rescue dogs from a miserable homeless life.

To illustrate the suffering of an abandoned dog, I will refer to a story featured in the touching video at the end of this article.

It begins with a dog known as Noorung, who had been abandoned by an elderly couple as they could no longer take care of him after being taken ill themselves. According to people living in the area, the dog’s owners had moved away to seek medical care.

For a whole year, Noorung refused to leave the rocky shore where he and his owner would spend a lot of time fishing.

Noorung would look longingly into the distance as if waiting for a long lost friend.  Regardless of the weather conditions, even during winter, he refused to seek shelter at a safer place. When it rained, he would take refuge under a small rock hedge, barely escaping the pelting rain.

He refused to socialize with any person or any dog. Many people living near the place would feel sorry for the Noorung, but could not do much, as the frightened dog would not allow anyone near him. In spite of Noorung’s behavior, a persistent man would leave food for him every day and when all was clear, Noorung would eat.

Many wondered if he would ever accept any help that was offered. Some dogs would go near him and before long they were instinctively barking and chasing Noorung. One incident, in particular, left him with a bleeding, injured paw, after being chased by three dogs and almost falling into the raging sea.

After witnessing Noorung’s suffering for some time, the locals decided to call the owners of the dog so that they could come for him. The owners were heartbroken at the news of their heartbroken dog,  but could not do anything due to the fact that they were elderly, ailing and unable to make the trip. They did promise to come for him when they got better. Sadly, under the circumstances, it was not known when that would be and whether Noorung would still be alive by then.

The locals eventually organized a rescue that led to Noorung being caught shortly after being tranquilized. Interestingly, even on being shot with the tranquilizer, he still had the strength to go to the place where the elderly couple lived, prior to their departure. To the relief of the rescue team, the drugs finally overpowered him and they were able to take him for a much needed medical checkup.

The story has a happy ending, Noorung was treated by a veterinarian and was taken in by a local man who gave him a temporary home.

Stray dogs are a common occurrence all over the world. Thankfully in some countries, there are organizations that take in the dogs before they can get adoptive owners.  Sadly, in many other countries, there are not enough non-profit animal shelters to take in such dogs: they end up living an unbearable life on the streets and then finally meeting a sad death usually after being run over by a car.

All is not lost, you can make a difference in the life of a dog.

Adopt a dog today and give them a loving home.