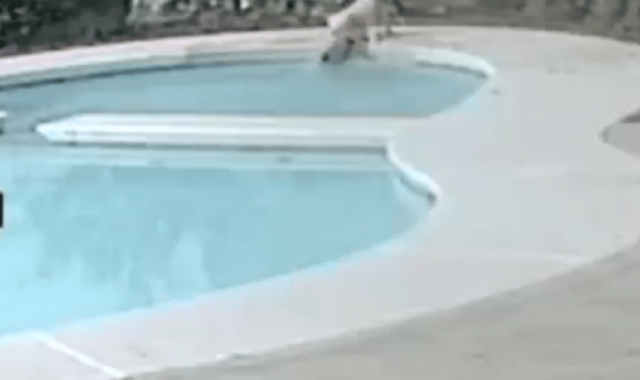 We’ve heard a lot of stories about heroic dogs saving lives, like the Frazier family’s story about a lovely dog they have saved by adoption. His name was Rebel.

They picked up Rebel from Oklahoma Westie Rescue on summer. Not too long after the family took him, Rebel revealed himself as a hero to them.

Frazier family lives in Tulsa, Oklahoma along with their four other rescue dogs.  Their dogs love to play at the family’s backyard. One day, they got into a not-so-good experience. 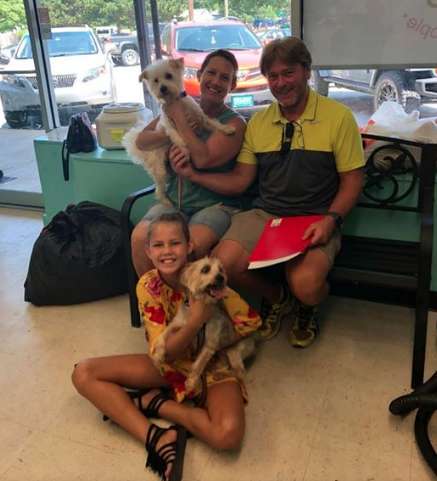 As the dogs were playing around the pool, one of Rebel’s siblings named Dax who is also a Westie, accidentally fell into the swimming pool and seemed to be having a hard time to get out on his own. Thankfully, Rebel was around, and he knew exactly what to do.

There was a security camera on the pool area, and it clearly showed how Rebel quickly saved Dax by pulling him out of the water. Rebel grabbed Dax’s collar as fast as he could.

Todd also added that most people think that rescue dogs have no chance to improve their lives and that they are broken forever. What Rebel had shown us proves that whatever happened to this dog in his previous situation, he should still be given a second chance. Rebel is an example of how loving, amazing and surprising rescue pets are.

Rescue pets like Rebel, seem to know how to give back the love and care that was given to them. If he was able to save a dog, then he could save a person’s life in the future too.

Rebel was adopted recently from OWR here in Tulsa. His family shared this video of Rebel saving one of his fur siblings. Go, Rebel, go!

Thanks, The Dodo, for sharing with us this story.