Home Dog Stories A police dog captures the hearts of the audience and the judges... 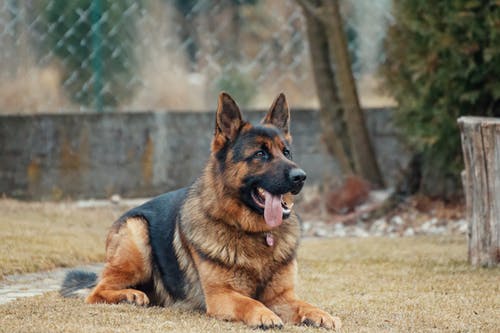 A police officer named Dave and his talented, heroic dog, a German Shephard named Finn, auditioned on Britain’s Got Talent.

The story behind the duo is so touching, it leaves the audience and the judges in tears, even Simon Cowell is moved and is very emotional about the duo’s performance and is even left teary-eyed.

The audition begins with Dave who is accompanied by Finn, his dog, and partner of seven years in the police force, performing an amazing trick that leaves everyone in wonder and amazement.

David, one of the judges, is asked to write down any word on a paper and to show it only to Finn.

Amazingly the dog somehow communicates the correct word to his owner Dave, who then announces it to the audience. It is the word “table”.

This amazing dog is not only talented but what makes him even more special is the story that follows.

He once saved Dave’s life by jumping in front of him and risking his own life, in an incident where a man wielding a knife attacked them. Finn ended up getting stabbed and wounded, fighting for his life.

At first, they did not think that Finn was going to make it through. It broke Dave’s heart to see his beloved dog on the brink of death. Miraculously, after being hospitalized for some time, Finn recovered and was discharged from the veterinary clinic.

The BGT audition was a tribute to Finn and his heroism and also to bring awareness to animal cruelty through an initiative called “Finn’s Law” whose aim is to campaign for the increase in penalties for people found guilty of animal cruelty.

At the end of the audition, Dave and Finn performed a trick where they involved Simon. Dave requests Simon to open a book that he hands him with different words on each page.

The word on the page that Simon picks happens to be “heroic” and to everyone’s pleasant surprise, it is the same word on the tag that is on Finn’s collar.

The reaction of the audience was priceless. Amazing!

Video Credits: Courtesy of You Tube Britain’s Got Talent