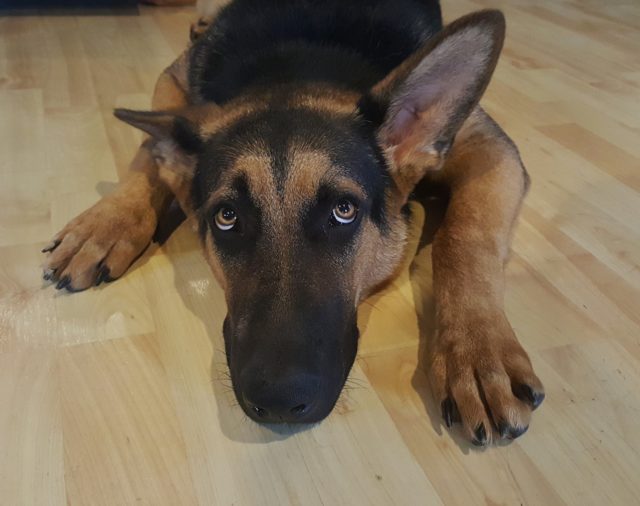 By the way that he was found, it was clear that Stewart had led a very rough life. Animal control officers found him in a very dire situation – chained and tied up in the woods with a thick leather belt around his neck.

Nobody knows his history but everyone knew that it must have been awful.

He was malnourished, neglected, and absolutely scared. The officers brought him to Whitfield County Animal Shelter.

He was in a safe place but his fear did not subside one bit. Nobody can get close to him and he keeps on squeezing himself in a corner of his kennel. 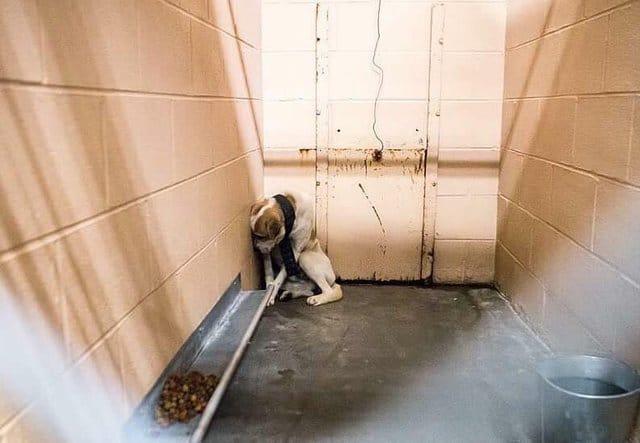 He did not want anyone to get near or touch him. He would growl at their attempts and would continue hiding in the corner in a poor attempt at making himself disappear.

He was shut down and terrified. The shelter couldn’t even remove the belt around his neck because he won’t let them touch him.

They managed to remove the heavy logging chain when he got there. They decided to let him decompress and be given the chance to chill out in his new surroundings.

For a few days, nobody tried to approach him so that he will not get stressed out. 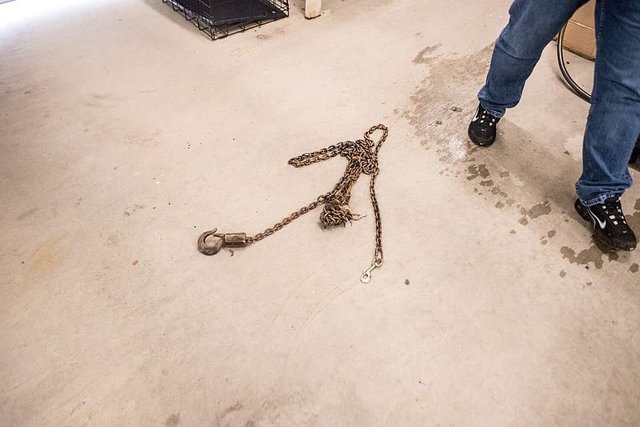 One of the volunteers, Rebecca Rood, was so concerned about Stewart’s fate. Adoption will be difficult for sure because of his fear issues. She shared how heartbreaking it was to see him make himself go away. She took photos of him and posted his story on social media.

The photos caught the attention of Courtney Bellew, Special Needs Animal Rescue & Rehabilitation (SNARR) director. She decided to help Stewart the moment she saw his situation. She pulled out Stewart and had him brought to the vet.

The vet sedated him so that he could be neutered and they took that chance to remove the heavy belt. When he woke up and he realized that the weight around his neck disappeared, Bellew shared that he started to open up. He wagged his tail and played. 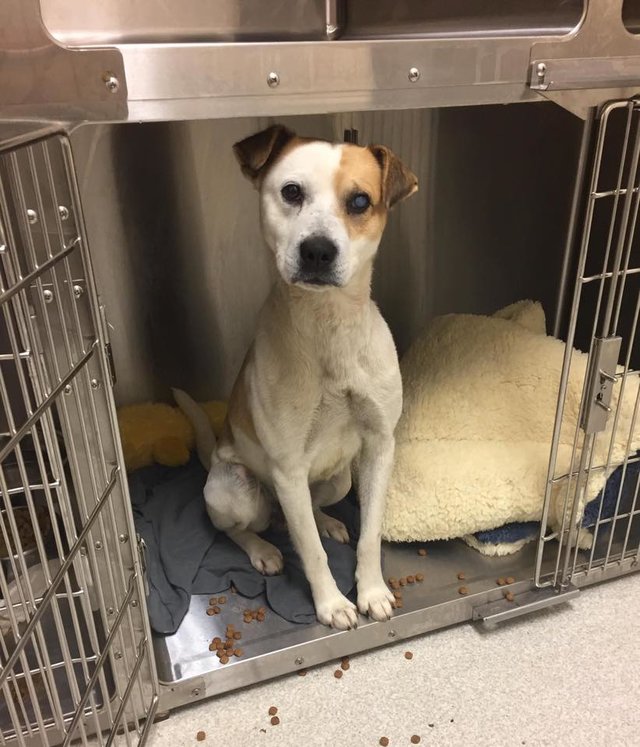 That was the beginning of his healing. He still had a long way to go but Stewart must be thankful for all the people who helped him reach that point.