Home Dog Stories An Abused Dog Learned Not To Hurt Herself 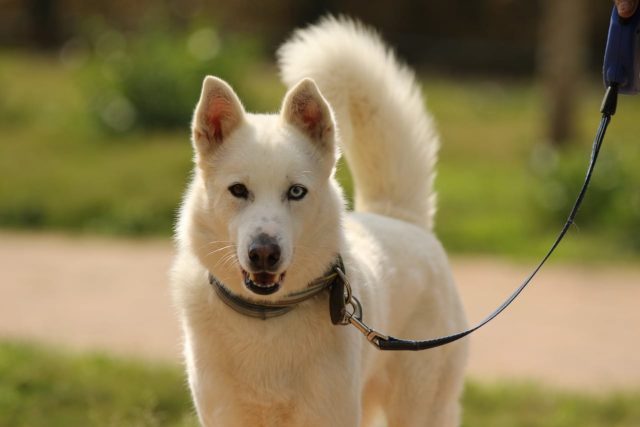 Having a terrible and abusive past can cause one to be traumatized. Years of abuse may not be erased overnight. It would take a lot of time to heal and overcome the trauma. Being obedient is not always a good thing especially if you are being punished for not doing so.

Forcing someone to obey is not always good especially of punishment is present and is of a severe level. This dog has had a very terrible past, and one can tell with the way he treats himself. You rarely see it happen in a dog, but this dog does self-harm.

His new mother rescued him from his previous owner. If she didn’t, he would still be suffering until now. His new mom gave him the name Yiwol which means February in Korean.

Yiwol is a very sweet dog but would bite himself whenever his mom would rub his belly. He would even do self-harm in the middle of eating. It’s as if someone would throw something at him while he is eating and he would respond that way.

His mom feels sorry for him and would really want to see the self-harming stop. Someone came to help Yiwol where he was trained to eliminate visual fears. The training involves food to help overcome trauma from objects.

When that was done and was successful, the trainer noticed that the self-harming happens when she opens up and shows her belly. This shows extreme obedience which may be part of an “obey or get punished” training from the previous owner.

The trainer suggested that Yiwol should be in a different position and rubbing his belly should be avoided. When Yiwol’s mother did this, he was like a different dog. He seemed so at peace that he even fell asleep while his mother was rubbing him.

His healing can finally start.