In an ideal world, the personality traits of a person could be narrowed down only to a few main groups; and each would have something in common with their behavioral adaptation, environment and the day to day life preferences. While that sounds easy and predictable; the human personality is influenced by a string of factors, some of which are very ambiguous and complex to our mere understanding. 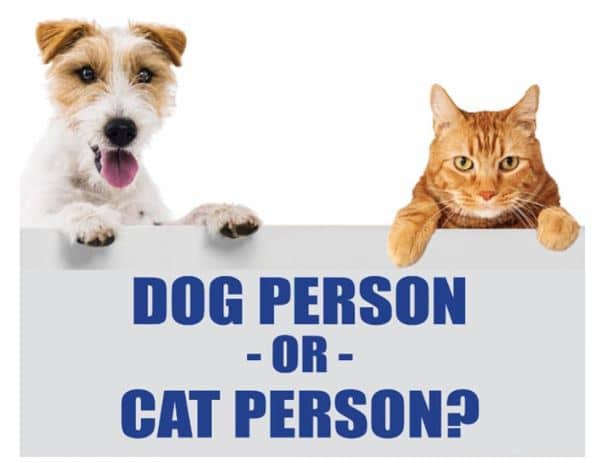 Over the years, psychologists and scientists have been working to unearth the mystery surrounding pet preference and human personality; and the results have been pretty amazing. This has led to a series of studies and research on pet preference as a situational covariate influencing personality development in humans.

According to a report by Aline H. Kidd, there’s a clear and consistent relationship between the types of pets some people prefer to their downright personality. Below are some of the most exclusive and unique findings from several studies on personality and pet preference. Read on to get started.

Studies showed that people often considered to be casual and comfortable or those who like to take risks had a different pet preference from those who assumed the rock-star character. The latter fall on a group of individuals often considered as the fun clowns. These are outright sarcastic persons with hilarious comments that make everyone around them cry with laughter.

This group of people also have something in common with cheerleaders and will tease their friends just for a good laugh. Their impeccable sense of humor isn’t their only weapon. They defuse tension by initiating play and often try to bring in that calm benevolence. They are sweet and protective and have a huge caring heart. The only downside is that they are secretive and do not like talking about something personal and rarely reveal their true feelings. The majority of the people in this group regard dogs as their spirit animal and would prefer dogs to cats. A small percentage in this group, however, have the dog personality but will prefer cats to dogs. 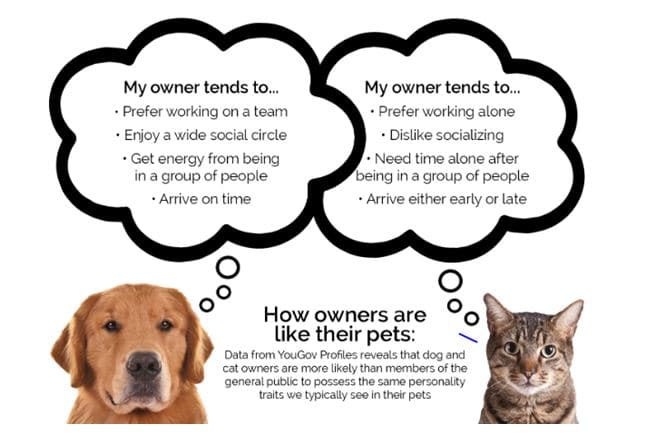 On the other side are the cool rebels. The independent risk-takers or the confident ones. They don’t care much about their social status but are constantly in check with their self-esteem. One of the outstanding traits in this group is the ability to think outside the box making them even better problem solvers. They are often responsible, organized and reserved. There isn’t much that is straightforward about this group of people as every step they take in life is well calculated.

They are smart opportunists who can choose to show you what they want you to see. Unlike the former group, persons in this category are ambiguous when it comes to pet preference but their personality cannot be mistaken. A good percentage prefers cats to dogs since they presume that cats are smarter. Some, however, prefer dogs to cats since they believe they have more of a cat identity and they need a dog to complement their personality. For the latter, dogs are more loyal than humans and they treat them better than anything else.

Not only does the character traits define your personality, but also the little things that make life comfortable and relaxing. Talk of movie preference and a lot has been documented about the specific genres and personality traits. By extrapolation, this narrows down to which type of pet you’re likely to adopt if given the freedom of choice.

According to some random studies and surveys, the majority of those who preferred a detective or thriller movie with a twisted narrative were cat lovers, while those who preferred to sit down and watch a two-hour comedy had a strong bond with their dogs.

It’s true that everyone has some sought of personal weakness which can be easy to spot or difficult depending on the personality traits of the subject. Many times, psychologists and medical practitioners would use some ingenious techniques to uncover human weakness without necessarily having to go against the perception of free will.

According to a number of confirmed cases, people who suffered from trust issues had dogs as their closest companions while a majority of the narcissists preferred a cat as a pet.

Another breakthrough in the human behavioral patterns showed that people who ran away from confrontation, sorted safety in numbers and avoided awkward situations were more likely to adopt a dog as a pet.
The other group that had a history of violence and aggressiveness preferred a family pet other than a dog. A considerable number of those documented to be out of touch with reality happens to be the cat lovers. Most of them believe in conspiracy theories; they have a thing about the earth being flat and a times sneak to social media to participate in debates about aliens and extraterrestrial life.

According to a data sample of more than 500,000 Facebook users who shared their experience about the popularity of cats and dogs on social media; dogs were more popular on Facebook than any other platform. The dog people also happened to have 26 more Facebook friends (on average) than their cat counterparts. On the other side, cats are more established on Instagram where their owners post daily pictures and videos consumed by masses worldwide. That said, cats seem to have lost the popularity battle as their owners are more reserved and prefer Twitter to the other social media platforms. 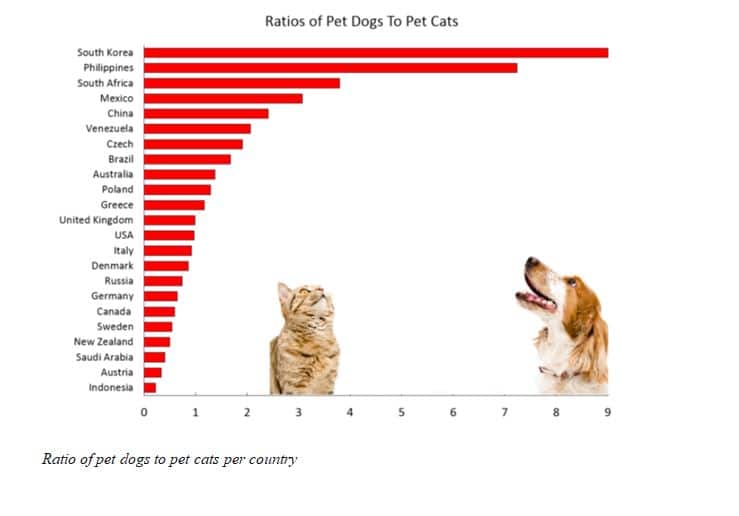 When the rank of social position depends on the show of confidence, the dog lovers lead from the front. They are the outspoken and out-going human creatures who exhibit most of the characteristic traits of a typical extrovert. Cat lovers, on the contrary; have less to share with people whom they believe are outside of their league. They are skeptical of whom to trust and they hardly bond with their peers. Despite showing many attributes of an introvert, they cannot be considered as gross introverts as the latter is a more extensive oddity.