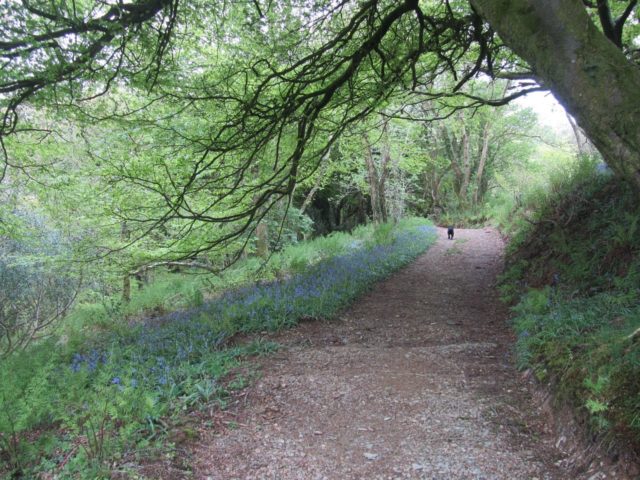 When a dog is lost, sometimes it would take a miracle for them to be found again. This dog found his miracle, or his miracle found him – two bikers on the path of a hill for an adventure.

They did not expect that it will be more than just a normal run that afternoon; that they would be saving a life. The hill was very far from civilization, practically in the middle of nowhere.

In the middle of that place, they found a dog walking alone. It was evident that he was lost and did not belong there. They could even see from afar that he was wearing a collar.

The dog belonged to someone, and the owner might be worried sick not knowing his whereabouts. The male biker tried to make contact and gain the dog’s trust but the dog ran away. So the two bikers had no choice but to chase him and see where he goes.

The bikers were already near the top of the hill when they found him trying to hide under some bushes. The woman rider approached him and was able to make contact. The dog trusted the woman more.

They saw that his name is Max and he seemed to have been lost for days. They gave him some much-needed water and called the number on his collar hoping that the owner will call them back. Since it was almost night time, they needed to get back and get a truck so they could take him home.

The nice couple did come back, and Max excitedly hopped on the back seat. Later, the owner called them back and agreed to meet up so they could take the dog. The moment that Max saw his mother, he was very excited and pleased.

You could tell that they had missed each other a lot. Thanks to these bikers who were concerned enough to stop and help Max out, he is now reunited with his family, and finally out of the cold and the dangers that were out there.