Home Dog Stories Bonded Kitten and Chihuahua Refused To Leave Each Other, Got Adopted Together!
Advertisements
Advertisement

Dogs and cats naturally don’t get along well with each other. Put them in the same room, and it’s like war waiting to ensue.

But the same can’t be said for Morticia, a tuxedo kitten, and Gomez, a Chihuahua mix. The two pets are said to be bonded, and they refuse to be parted from one another.

The bonded duo was found between portable toilets at a soccer field in Hampton, Virginia. Morticia, a cute tuxedo kitten, was believed to be less than a year old, while Gomez, an adorable Chihuahua mix is two years old. 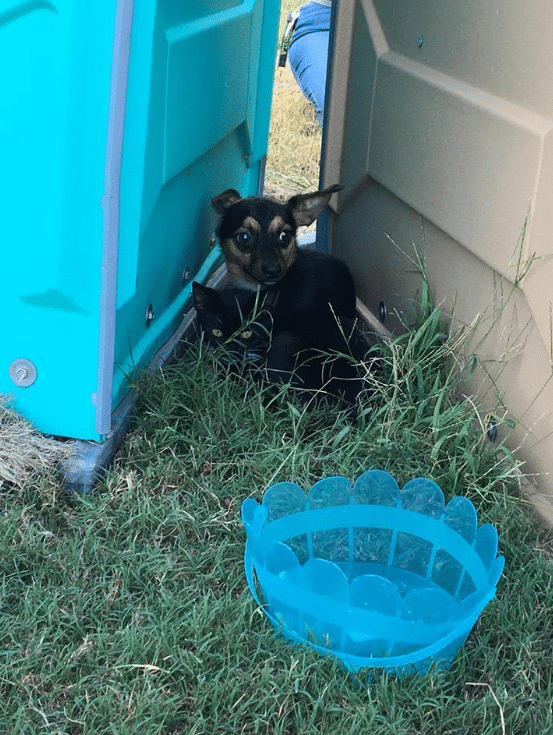 When people found them huddled together at the soccer field, they were amazed that the two animals couldn’t bear to be separated. In fact, Gomez is pretty protective of his little feline friend. He would growl at anyone who comes close to them. Meanwhile, Morticia would hide behind Gomez’s back for security and refuge.

Animal control finally got ahold of the pair and sent them to the vet. Gomez appeared healthy, but a little scared, while Morticia had some skin issues that needed treatment. They were then sent to a local shelter where they stayed temporarily. 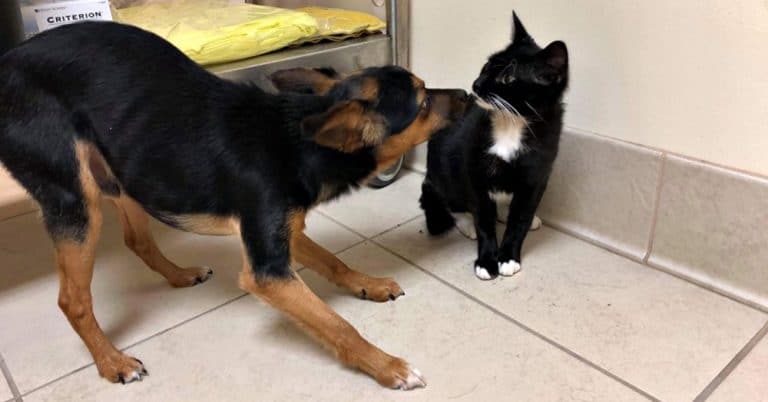 The problem at the shelter is that dogs and cats can’t be placed in the same area, so Morticia and Gomez had to be separated. The separation put them into a lot of distress, so the shelter staff arranged for play dates so they could still see and bond with one another.

Morticia and Gomez’s plight came to the attention of a local rescue called Savers of Souls Pet Rescue. The rescue’s founder, Turkan Ertugrul, pulled the two animals out from the shelter and placed them into a foster home. It was obvious to Turkan that the dog and kitten are better together than apart, as they seem to be warmer and happier. 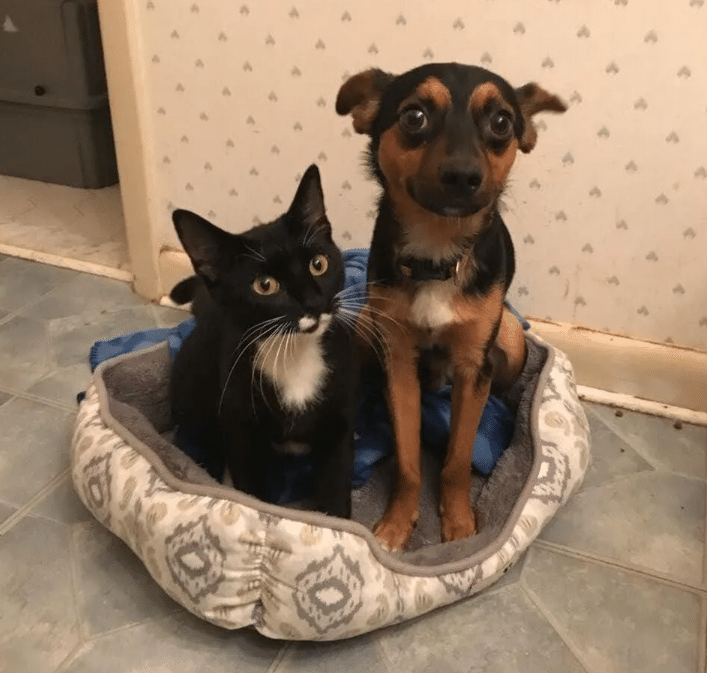 Thankfully, the rescue found a family that would adopt both pets together. The two best friends couldn’t be happier! 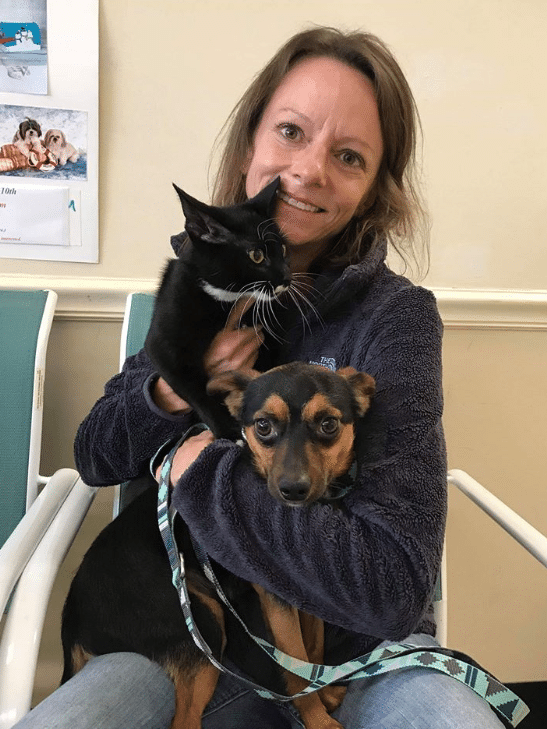 Thanks to Savers of Souls Pet Rescue.