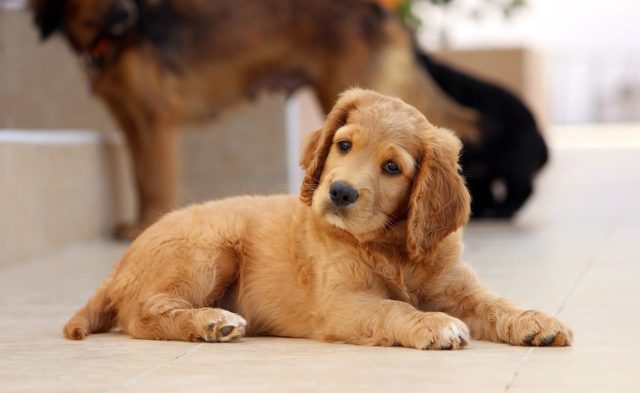 Dogs can be pretty much surprising. They are affectionate and extremely loyal family companions. But there is actually more to a dog than meets the eye.

Some dogs are great in learning tricks, whereas some can be excellent watchdogs.

We’ve read stories of dogs befriending wild animals, such as the case of a German Shepherd who adopted an abandoned baby fox and the dog that formed a great friendship with a hummingbird?

Our dogs can be full of surprises.

Does your dog show any affinity for music? Dogs can be musical too, even though a lot of experts don’t believe so. However, many dog owners would say that their dog is indeed a lover of music just like them.

Well, we have proof that dogs are indeed music lovers. Take for example the sweet puppy on the video below.

You can see that even though she doesn’t sing like the others, she doesn’t like it when her owner stops playing the piano.

What an adorable pup!

The little lady will lie down quietly on his human’s feet and listens intently while her owner plays the piano. When he stops, she goes wild, like crying and whining. It’s evident that she loves the melody.

Charles Snowdown, an animal psychologist from the University of Wisconsin-Madison, believes that our dogs tend to listen to the same music as we do. So if you like classical music, most likely your four-legged Chihuahua would too. If you like rock, so does your beloved companion.

It seems that music has the same calming effect on our dogs as it does to us.

Despite any findings to the contrary, I am more likely to believe that dogs can appreciate music just as humans do. That’s just how it is.