Home Dog Stories Dog Was Happily Reunited With His Mom After Undergoing An Operation For... 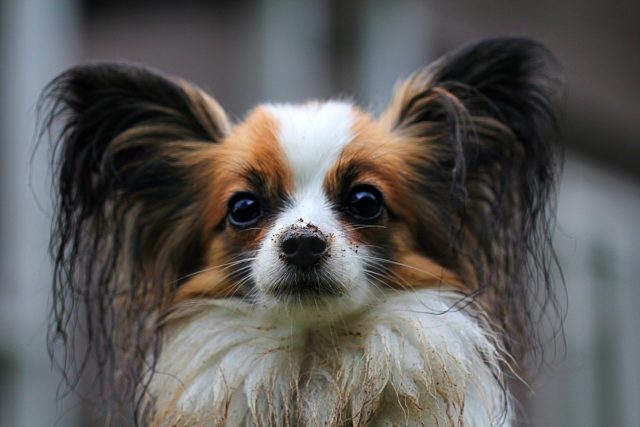 Dr. Blue got an emergency case one day in the clinic. A long-haired terrier mix was bleeding hard. The dog has chewed its tail off, and it was gone entirely.

When Dr. Blue checked the affected area, he saw that there was a lot of nerve damage. He also noticed that the dog did not react to what happened to him — no flinching, no pain, no reaction at all.

Bonnie, the terrier mix, started chewing his tail a week ago. Somehow, he continued doing it until he chewed it off thoroughly. There was no other option than to do surgery. The main concern would be the risk of infection. A bacteria can get into the bone or travel into the bloodstream.

Dr. Blue talked to Bonnie’s owner and learned that Bonnie is a therapy dog. He has been helping his mom stay out of depression. Dr. Blue can see how bonded the two are. It was time to separate them for a while as the dog needed to be operated. He also needed to rest for a couple of days in the clinic after the operation.

Dr. Blue would have to remove the dead nerve tissues and close what’s left of the tail. The doctor successfully removed the vertebrae and closed the skin. Bonnie will heal just fine. This is with the help of a couple of medications such as antibiotics, anti-inflammatory medicines, and pain relievers.

Tails are an essential part of a dog’s anatomy. Dogs use their tails to communicate and for balance when they run. Bonnie would have to find a way to do all that without his tail.

The important thing is, Bonnie is safe, and no infection has occurred. He is also delighted to be reunited with his mother. Bonnie may have no tail anymore, but that did not dampen his spirit. He is still a happy and reliable dog.