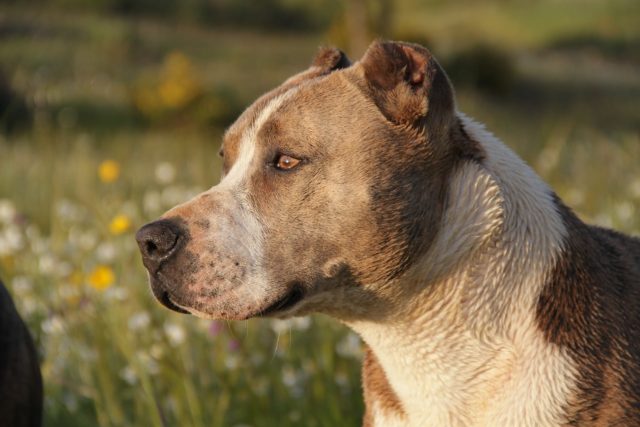 Some people would judge you for your looks. They won’t even bother knowing your story. They would immediately assume without knowing the truth.

That’s what happened to Coco. Coco belonged to a lovely family in Texas. They loved her, and she loved them. She was living a good life with a good family.

Unfortunately, they had neighbors who were not comfortable having Coco around. Because she was a pit bull, they thought that her family was running a dogfighting ring.

The family called Villalobos Rescue Center to come and save Coco. It was the only way that the family could think of to save her. If the rescue did not get her, Coco was going to get confiscated by the government and will be euthanized.

This is all because the neighbors assumed the worst without getting to know her. The staff from the rescue drove from California to Texas to get her. Since then, she has stayed at Villalobos Rescue Center.

She has been in the center for years now, and not one person filed for adoption. Coco is such a sweet girl who is happy all the time. She loves playing with toys and enjoys spending time with people.

She has always been a sweetheart. She deserves to have a family that she can spend all her time with. She loves being in the rescue with all the volunteers, but she deserves a forever home.

She deserves to sleep in a bed or couch instead of a kennel. She is very active and loves going on walks. But she also does not mind just staying home to relax. She is so adaptable that she will be a fantastic addition to any family.

Coco has been in a kennel for too long. She deserves to be with a family. May Coco find the right one that she will belong to for the rest of her life.