Home Dog Stories Driver Found Eight Puppies Abandoned On The Side Of The Road On... 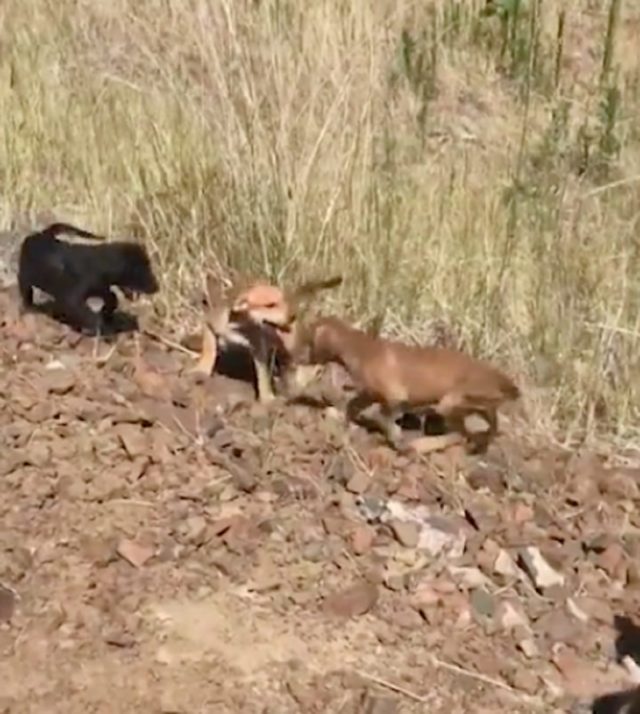 It was a usual day for Sebastian Busey, a 28-year-old construction worker. He was on his way home to his house at Clarkston, Washington but one thing out of the normal was the extreme heat Washington was experiencing. They had a temperature of 105 degrees, and he was looking forward to arriving at his airconditioned house.

On his drive home, while passing by the Grande Ronde River, he saw a sudden movement on the side of the road.

He slowed down trying to get a better look and was surprised when he saw a puppy that almost blended in with the dry bushes.

He instantly started thinking about what the little pup was doing in that area and wondering if he was alone.

When he realized that there was nobody in the vicinity, he started calling the puppy so that he could take him home and take care of him. 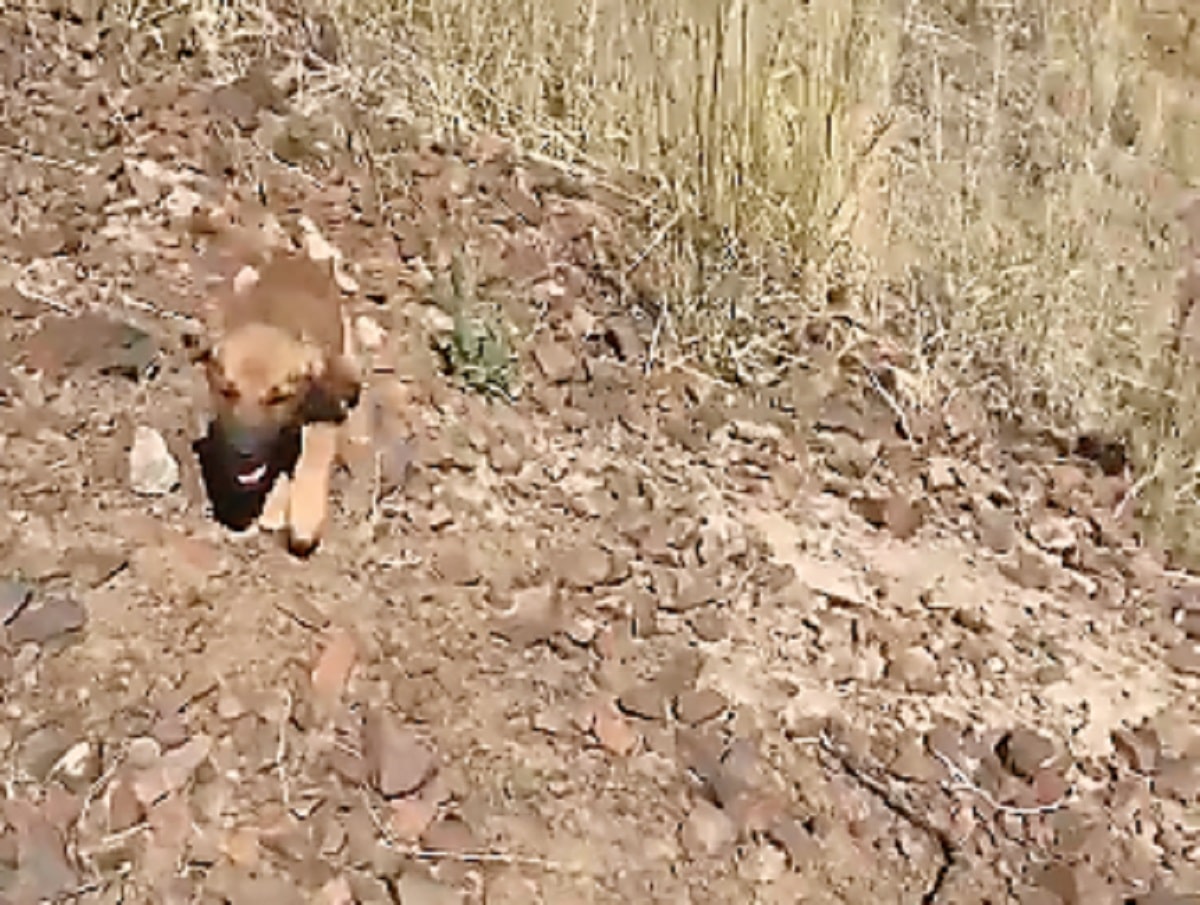 Sebastian was trying his best to get the puppy calmly and the little thing did move closer to him eventually. But suddenly he stopped and looked back to where he came from and more puppies appeared.

A total of seven other puppies came close to Sebastian when they finally convinced that it was safe.

Sebastian was shocked but still wanted to help so he took all seven of them into his truck. 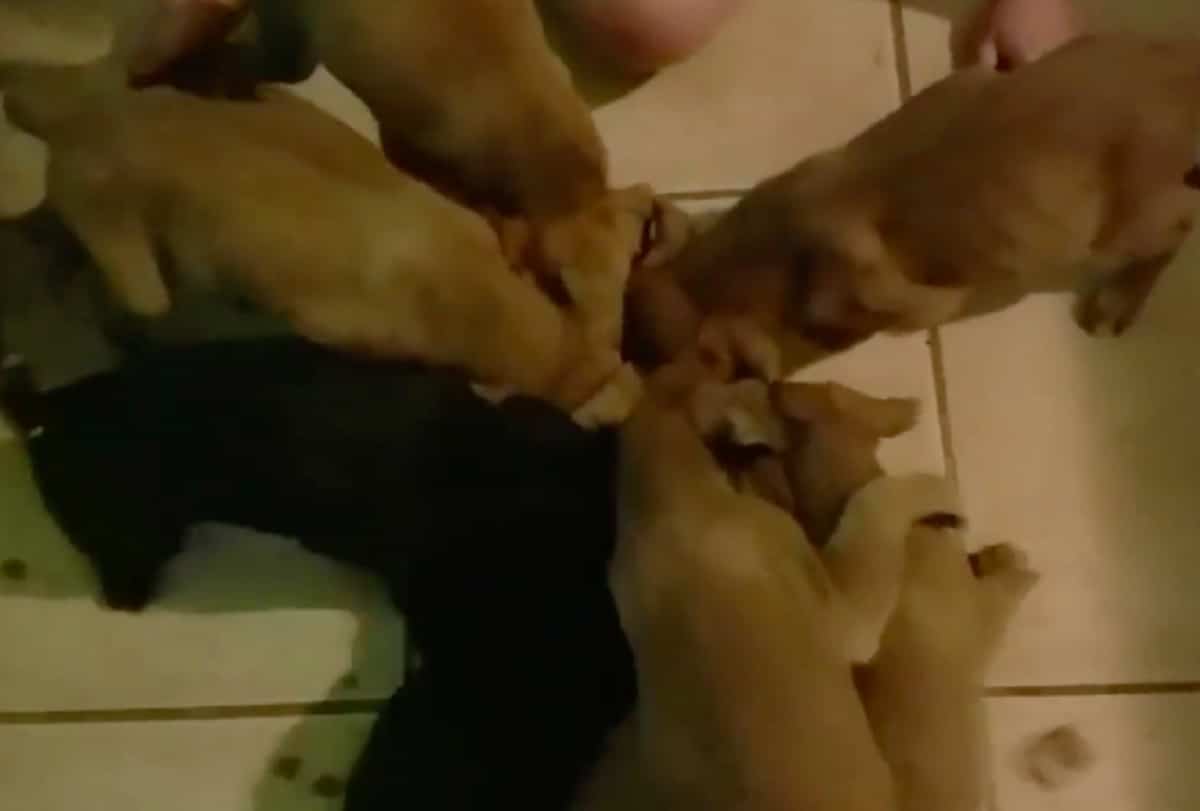 On the drive home, he noticed the puppies were not only thirsty but also thin and hungry.

When he arrived at his house, he immediately grabbed a bowl and gave them food and water. The starving puppies swarmed around the bowl and ate as though they had never eaten before.

The little furry ones munched down the food like they were not even chewing.

In just a few seconds, all the food was gone. So, Sebastian gave them more until all of them were satisfied.

Later that day, Sebastian took them to the vet. 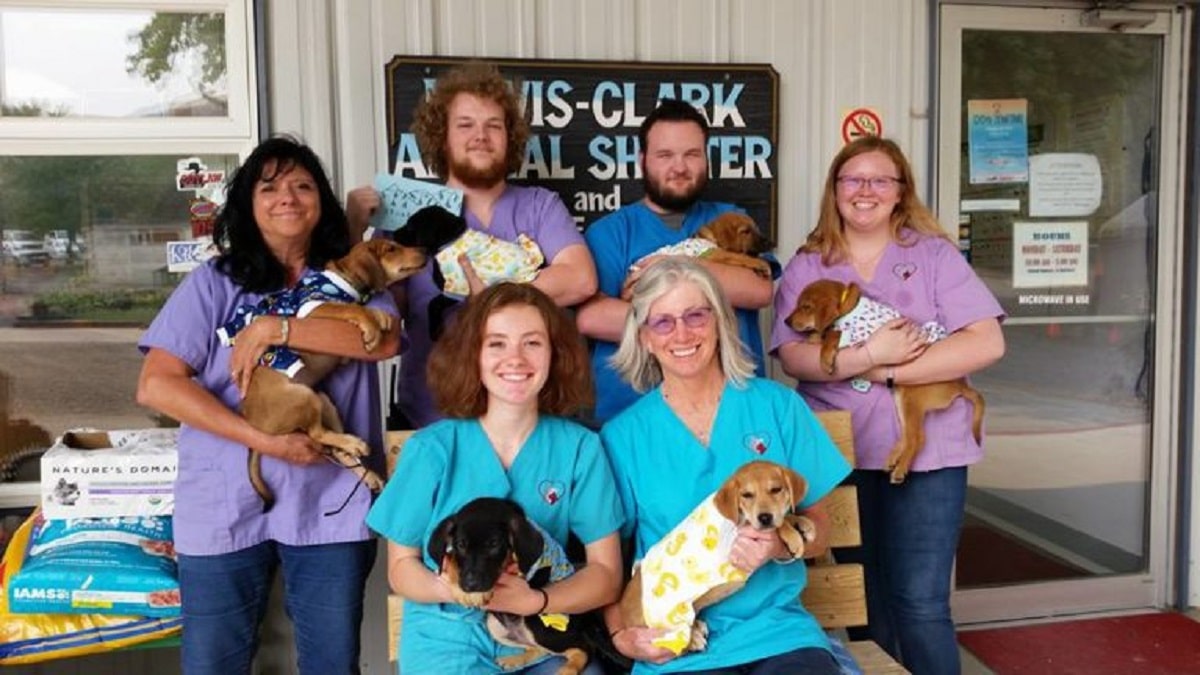 Now, all the puppies are safe and are in Lewis Clark Animal Shelter waiting for the perfect family to adopt them.

Sebastian named all of them before dropping them off at the shelter. And he is very happy he has helped them.