Home Dog Stories Massive Mastiff Spooked By Fireworks Gets Rescued After Being Trapped In The... 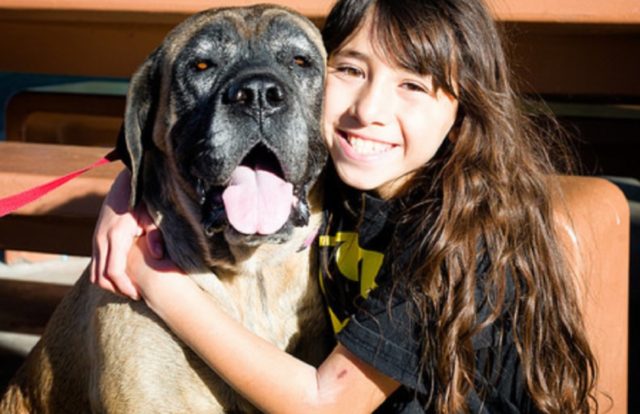 The 4th of July is a big celebration and a lot of people have parties to commemorate the day.

Some pets though are not a fan of the event. Yes, there is a lot of food and people to play with, but they particularly hate the fireworks display.

Just like Tinkerbell who ran away because of the fireworks and ended stranded in a riverbed.

Tinkerbell is a Mastiff about 10 years old. She came with her family to Southern California to spend the holiday.

Everything was going great and everyone was enjoying themselves when the kids decided to light up some fireworks. Tinkerbell, like any other dog, got scared of the loud sound of the fireworks. She ran away and didn’t stop until she was about 25 miles away inside a riverbed. 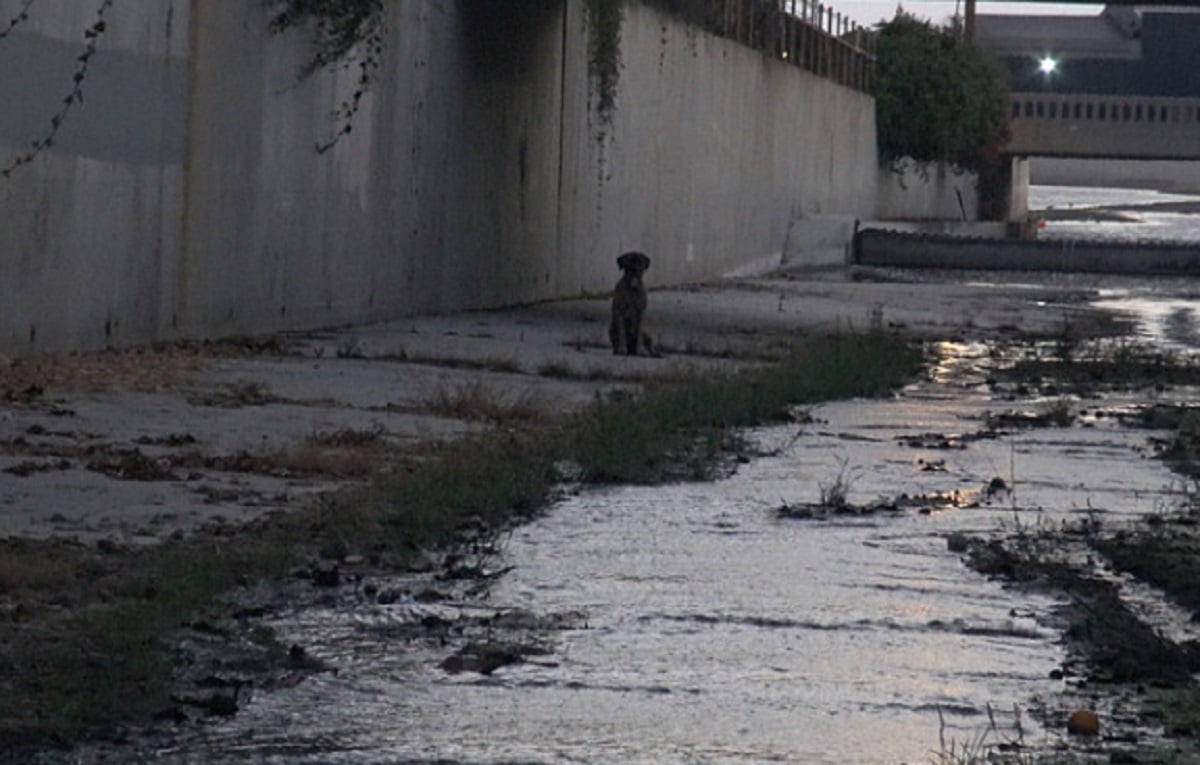 Tinkerbell was stuck in the dry riverbed about 100 yards from the ocean. She broke her leg when she fell and could not get up and walk. A tourist saw her and called Hope for Paws right away.

And the volunteers arrived shortly and checked her condition immediately. Based on the collar Tinkerbell was wearing, they knew she is not a stray. They worked on gaining her trust so they can haul her out of the riverbed. 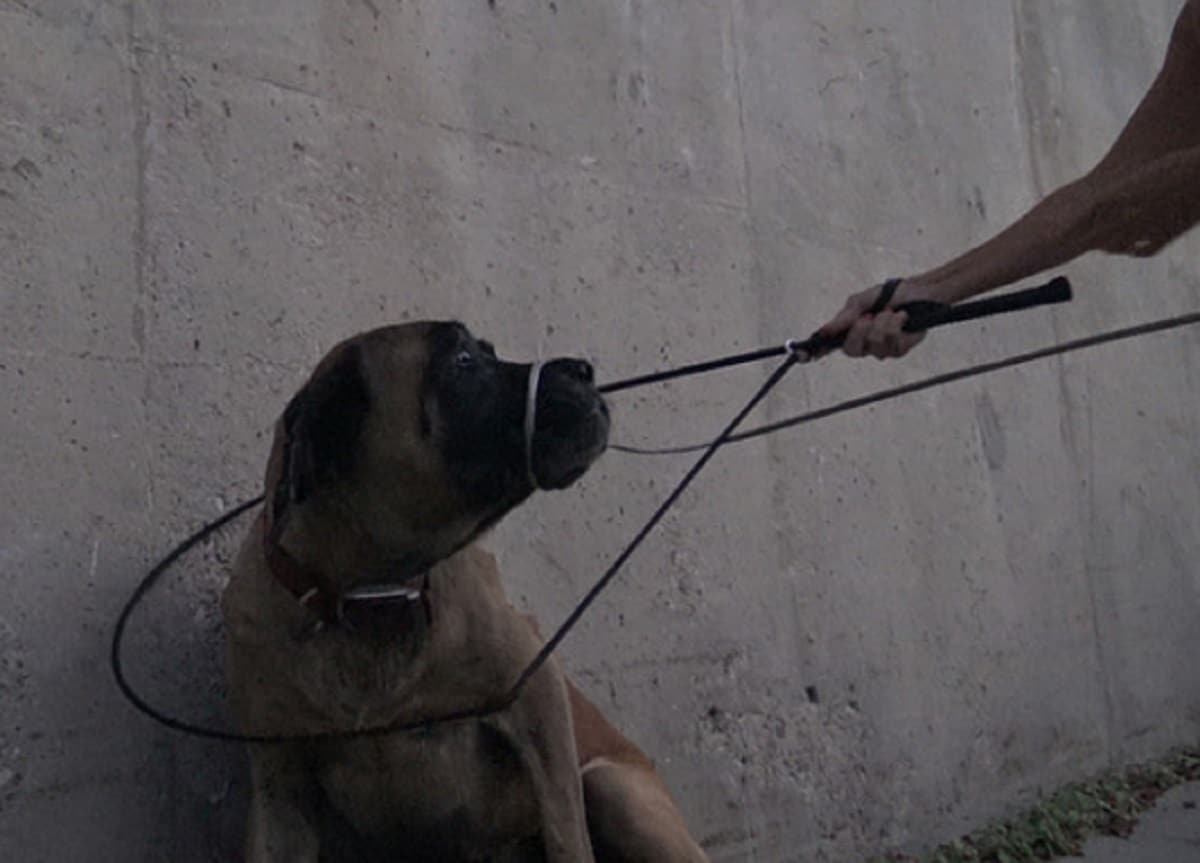 It took some time but finally, Tinkerbell warmed up to the volunteers. Once they were able to get hold of her they checked her condition and saw that she had a broken leg.

They continued calming Tinkerbell down so they could help her walk out of the riverbed.

Sadly, she was badly hurt and couldn’t get up. At the same time, it was impossible for them to carry her.

Luckily, a concerned spectator called the fire department to help. They brought a cage big enough for Tinkerbell and lowered it down the concrete riverbed. The volunteers were able to coax her into going inside the cage and they gently pulled her up into safety. 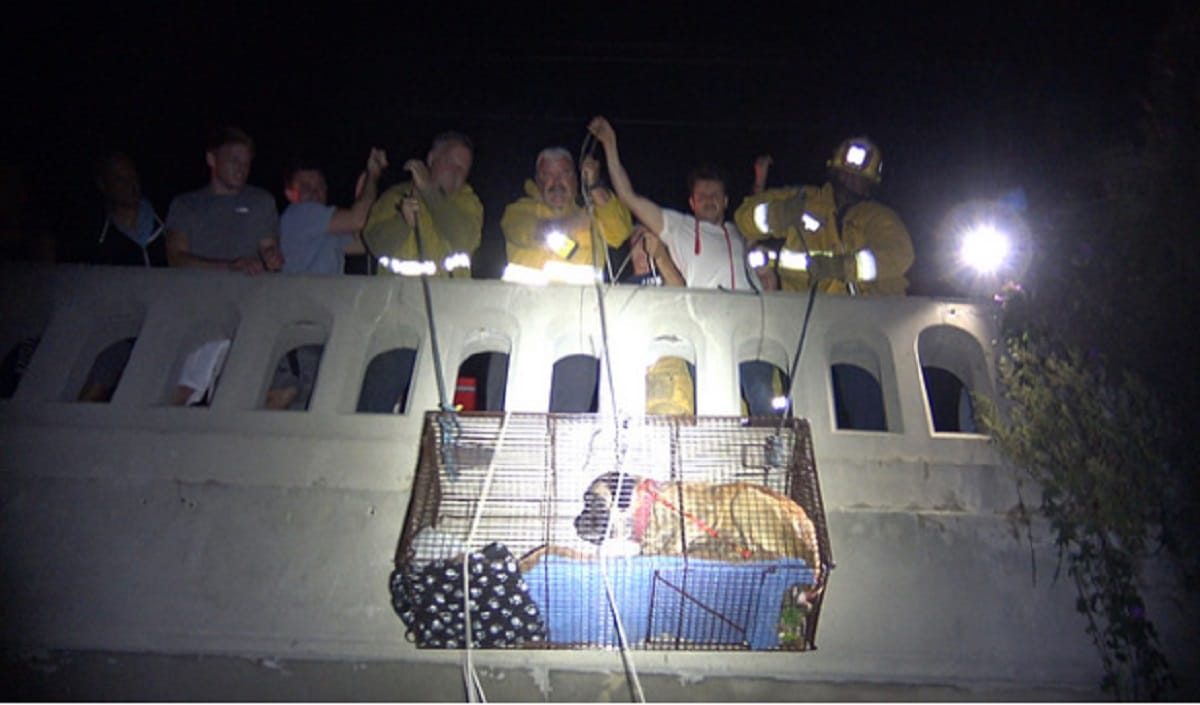 Volunteers brought Tinkerbell back to their headquarters and treated her accordingly. They were able to find a microchip in her and contacted her owners right away.

It turned out that had they already returned to Arizona and was so happy to hear that Tinkerbell was safe.

Credits to Hope for Paws