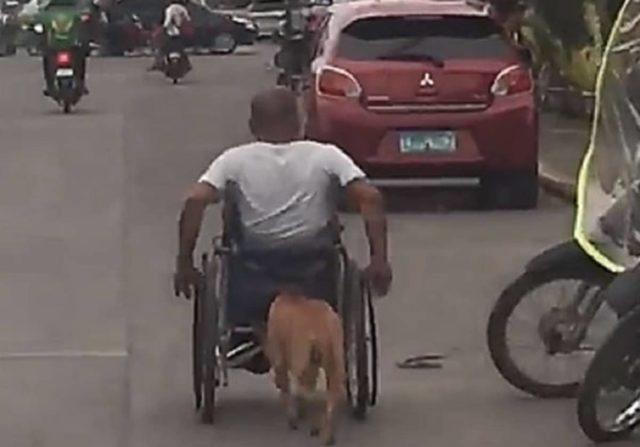 In a street in Davao, Philippines, Faith Revilla and her husband saw a heartwarming scene.

It was a dog pushing a man on a wheelchair. They couldn’t help but take a video of them and wonder what their story is. So, they went ahead and approached them to know more behind their lovely relationship.

The couple learned the man on the wheelchair was Danilo, with his dog, Digong.

Danilo is 46 years old and has been taking care of Digong since he was a little puppy. A few years ago, Danilo had an accident that left him a paraplegic.

At that moment, his life had changed. His pet’s life had also changed. Life would never be the same as they had known it. 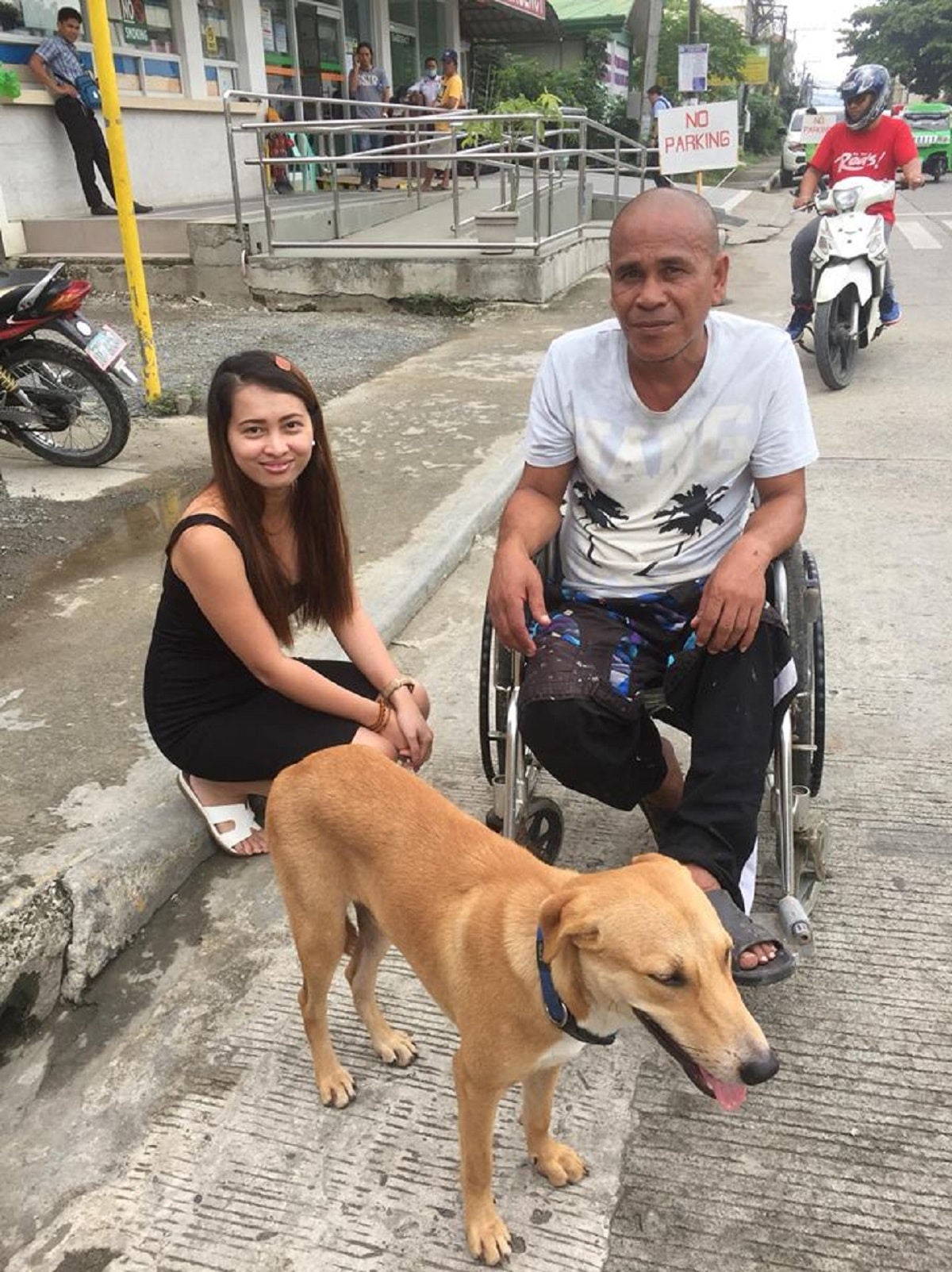 Danilo shared how their lives turned around. Before the accident, he was the one looking after Digong all the time. But now that his movement was limited, Digong always comes forward to help. Anticipating his need and lending him a helping hand.

Digong doesn’t have any certification nor some sort of training. He doesn’t know a single hand gesture or command a service dog usually does. But despite all those things he is still able to help Danilo. And that is exactly what Faith and her husband witnessed. 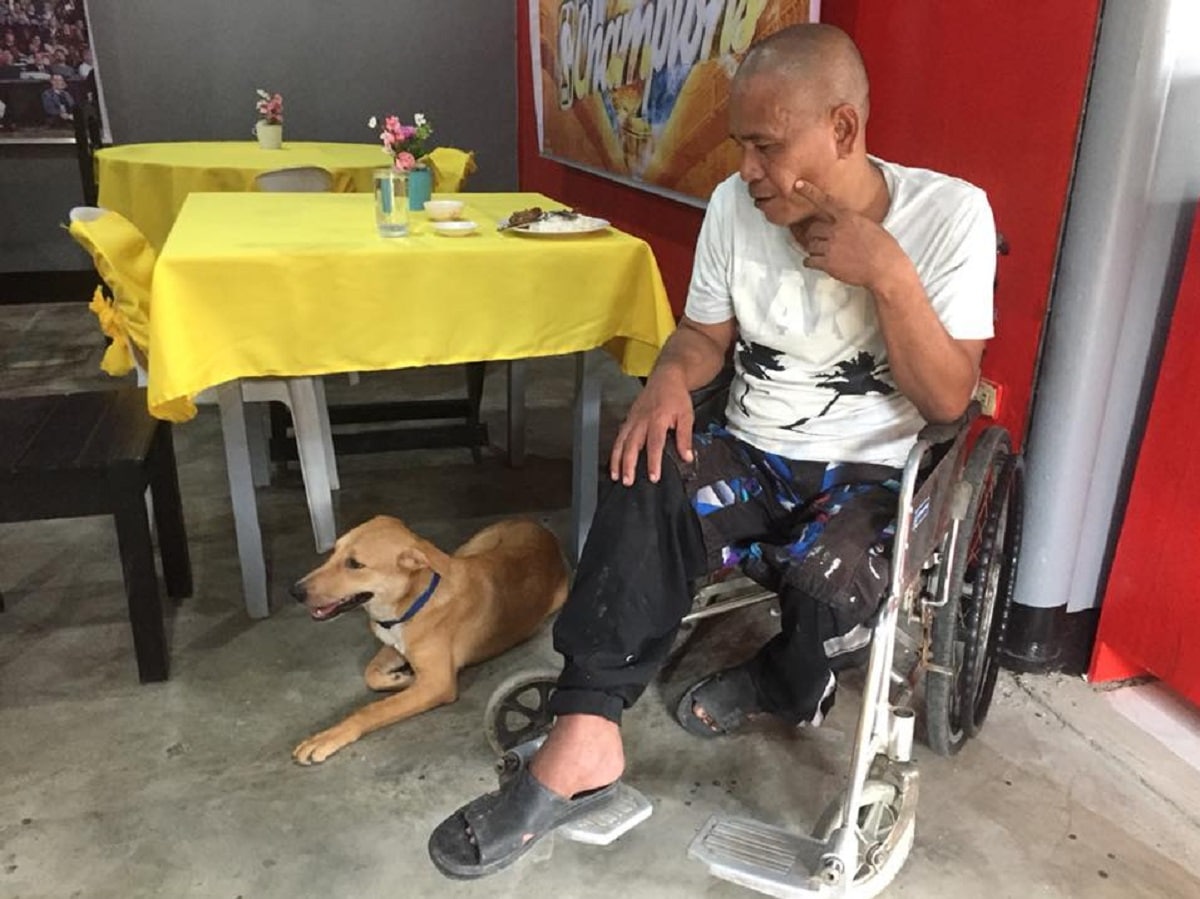 That day Faith filmed them, was just a usual day for them. They were headed somewhere but Danilo got tired of wheeling himself. He then stopped to catch his breath and rest a little.

But Digong noticed his human dad was tired and decided to help by pushing him.

As seen on the video, Digong went behind Danilo’s back and nudged the wheelchair until they reached their destination.

Faith and her husband were touched by their connection. They were amazed at how Digong was able to anticipate his owner’s need without even a word.

As a token of appreciation for sharing their story, they took them to a restaurant and they had they shared a meal together.