Home Dog Stories Rescue Dog Enjoys Sleeping In The Hole That He Made On The... 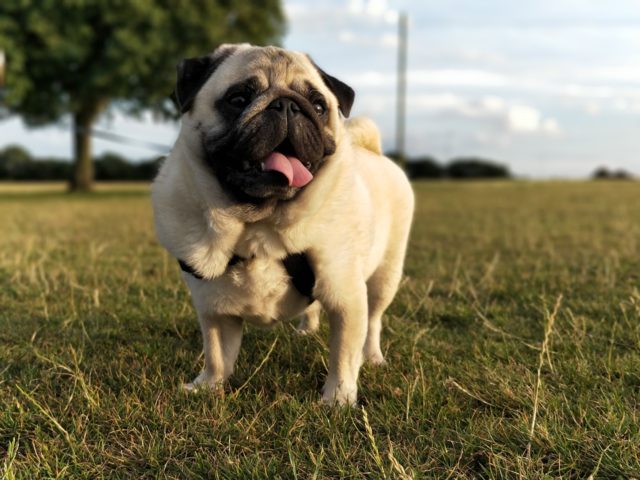 Wilbur is a rescue dog who was saved by the One More Dog Rescue center. He was terrified of everyone and everything,
so he was transferred to a foster home.

He was a nine-month-old pooch who suffered a terrible past. His foster parents tried their best to let him realize that he doesn’t need to be scared anymore.

After a few months, Wilbur became a totally different pooch. Thanks to his foster parents, who decided to make him an official member of their family.

Now, he’s living a new life with his family.

Wilbur’s mom, Kirstin LaRoche, narrated that when Wilbur first came to their house, he was scared of everything.
She needed to carry him so that he could go out of the shelter. Today, Wilbur has become a very happy, clumsy,
confident, and sometimes silly pooch. He brings such positive energy to his family.

In the past, Wilbur was always hesitant to go outside. He was extremely terrified even with the tiniest movements or the littlest of sounds.
Now, he knows that there is nothing to be afraid of. He now loves spending time exploring the great outdoors. Sometimes, he stays out too much.

Wilbur decided to dig holes so he could do one of his favorite things to do—to take long naps in the backyard.
LaRoche narrated that she walked past their backyard and she saw Wilbur napping peacefully in a dug hole.

LaRoche found it so hilarious to see the naughty dog’s new discovery. When she saw that the pooch was lying so still in his hole, she tried to wake him up.
She wanted to see if Wilbur is still doing okay. The naughty pooch seemed startled when his mom woke him up.

This video of Wilbur! I was hesitant to even post it because you all know how bad I am at keeping dog/rescue related stuff off of my business page! 🤦‍♀️ but I thought what the heck, it’s kind of funny, maybe some people will get a chuckle out of it. Holy crap you guys! 4 million views from my post Apparently LADbible posted it. 5.5 million views112k sharesOver 4,000 followers on his new Instagram page I just made him #willy_sack_of_potatoes 20 or so agencies wanting the rights to it Over 500 new friend requestsNever in a million years did I think this nerd’s video would go viral! With so much bad and negativity in the world, I’m so glad that Wilbur was able to make so many people laugh and smile 😍🥰❤️ One company is writing an article about him/the video. I made sure to mention Wilbur’s back story, the importance of fostering, rescue, adopting, and requested they also include our fabulous rescue’s name that we foster for and fostered and eventually adopted Wilbur from, One More Dog Rescue. Hopefully people will read his story and how broken and shut down he was when we got him and what an amazing and confident dog he has become (see before and after photo in the comments) and maybe, just MAYBE I can convince at least one person out there to foster or adopt🤞🏻 So many people are afraid to adopt shelter dogs because you don’t know their history and back story. Wilbur started off in the shelter. Look at him now! Most rescue dogs come from shelters, look how many amazing rescue dogs there are! Shelter dogs want and DESERVE love and respect and the chance to live a happy life and be a dog just as much as those fancy expensive designer breed dogs. So adopt a shelter pet. Adopt a rescue pet. Foster, adopt, rescue, love and you will be loved unconditionally in return 🐾❤️In case you haven’t seen it yet 👇👇👇👇👇

When Wilbur realized that his mom found out about his weird habit, he immediately went inside the house. It’s like he wanted to explain everything about the situation.
He has such an adorable face that even his mom couldn’t get mad at him.

LaRoche and the rest of the family decided to fill up the holes. They wanted to maintain the cleanliness in their backyard.
But, they also know that Wilbur might dig a new hole when he felt like it.

Wilbur’s family is just glad that the pooch feels so carefree compared to when he first arrived on their doorstep.
They are happy to see Wilbur grow up to be a confident and amazing family dog.

Thank you so much to Kristin LaRoche for sharing this adorable story.