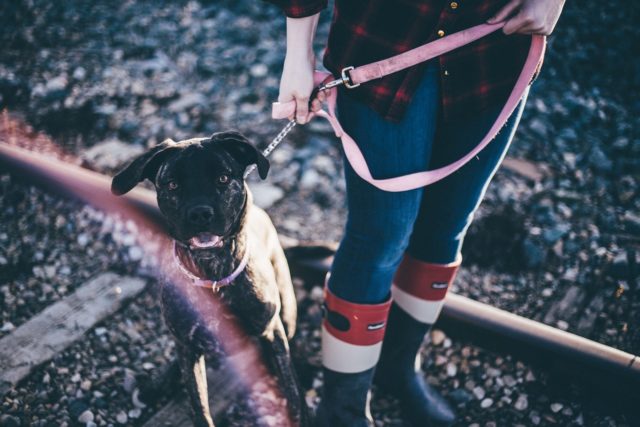 Dogs seem to know how to pay a kind deed forward. But I think this dog is doing it for the love he felt towards his family.

In the wild, dogs live in packs. They hunt, travel and live together. Dogs in packs protect each other from danger. That is how they survive.

After their domestication, dogs consider their human family as their pack. So when anything or someone threatens the safety of their ‘pack,’ you know what’s going to happen.

A dog named Guinness proved just how much he loved his foster family. One day the dog and the niece of his foster family Jenna Castello and her friend, Joshua Chavez, were out walking in Jefferson County, Colorado. Together with Guinness, the couple was enjoying a hike through the Deer Creek Canyon Park when Jenna came upon a rattlesnake.

As you may know, rattlesnakes are extremely poisonous and it would only take a few minutes before the bite becomes fatal. But the 6-month-old hound dog knew what to do. He knows snakes are dangerous so he made a move to protect his human.

Guinness placed himself bravely between his human and the rattlesnake. More like shielding Jenna from the attack. The brave young pup was bitten twice; once in the face and the paw before the rattlesnake left.

Joshua immediately carried Guinness to the car and brought him to an animal hospital – which according to the doctor saved the dog’s life. If they had let Guinness walk, the venom may have reached his heart quickly. The poor hound was immediately given an anti-venom.

Watch the interview below for the full story.

There is no doubt that Guinness is a hero. The dog is a foster dog, he is just 6-months-old, but he knew what to do to in the face of danger. He saves the people who saved him first — what a brave, loyal dog.

Guinness is not going away for sure. After what he did, he is now officially a part of the family.