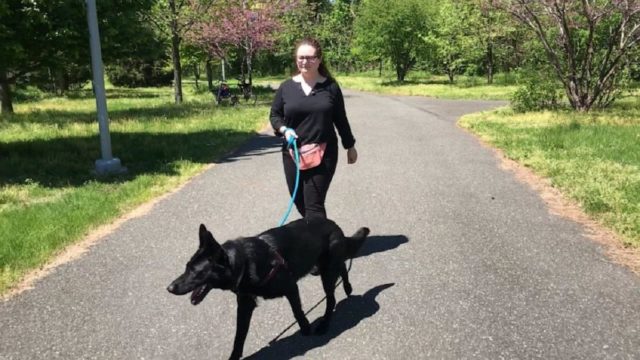 A German shepherd dog named Ivey is a typical pup when she is at home. She loves to sit around the house, play with her toys, and walk around the neighborhood with her owner.

In other times, Ivey’s foster mom Anna Sharova brings her to the Penn Vet Working Dog Center of the University of Pennsylvania in Philadelphia. Ivey has a job at the Center – she is under training to help detect cancer.

Scientists are working with Ivey and some other dogs to develop an ‘electronic nose’ that will someday be able to identify cases of early-stage ovarian cancer. According to the American Cancer Society, this type of cancer will affect 22,000 women in 2019 alone.

They are trying to put an electronic nose on the dogs by exposing them to different odors. Later, they will be exposed to actual blood samples of cancer patients. From among the samples, they have to identify which one is the smell of cancer. 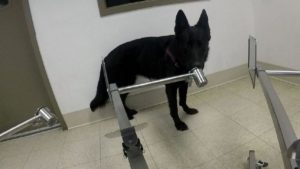 The study aims to tap the dogs’ very powerful sense of smell, which is 10,000 to 100,000 times more acute than humans. Previously, there were cases that dogs were able to detect cancer in blood and urine, especially in their owners, but if the electronic nose is perfected, more lives will be saved.

So far, ovarian cancer has no screening tests available, and patients do not usually experience symptoms until late into the disease. Hence, this type of cancer is usually diagnosed late.

The research still has a long way to go before cancer centers will use it. More work still need to be done, but dogs like Ivey are very receptive and helpful in the process.

Similar researches are also being conducted to detect other types of cancer in different research centers which involve dogs like Ivey. For example, one study discussed in a biochemistry conference showed that beagles were able to detect lung cancer by smelling the blood samples, which showed 96% accuracy.

These studies show that dogs are not only great as companions and best friends but are also potentially helpful in the medical world.

Please watch the video below.