A terrified dog found comfort beneath a car when Karla Solis saw him. He was trembling and Karla just had to help him.

The dog really didn’t look good. He had mange. He was hairless. He was so scared that he wouldn’t make eye contact with anyone. He looked starved.

Karla contacted Becky Moder, a rescuer. Together, they secured the dog, named him Eliot, and brought him to the vet. The vet checked the dog and found out that he also had Ehrlichia. An unknown mass was also discovered on the dog’s tummy.

Money was needed to treat everything that this dog had. Becky used her savings which only amounted to half of the bill. She wanted the dog to be well.

The two women were happy to see Elliot doing better. A shelter in the US was waiting for Elliot and help him get a family who will love him and take him once the dog has recovered. 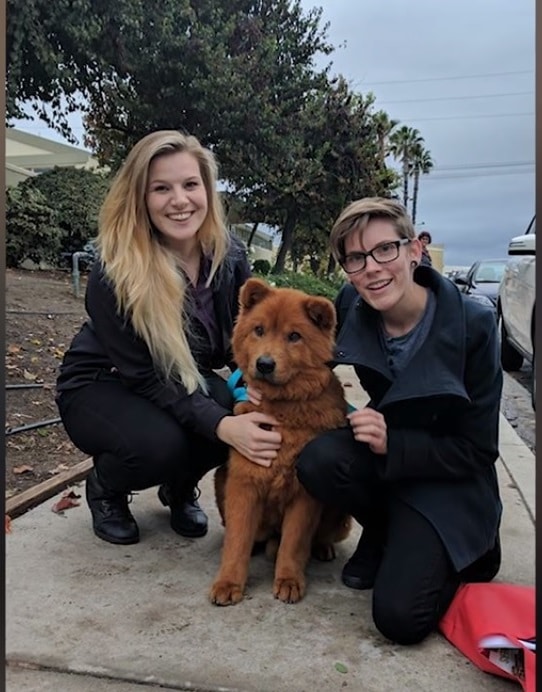 When Elliot was all good, he then made his way to The Barking Lot, a rescue group in El Cajon, California. While he was there, a couple came in and saw him. They just fell in love with the dog.

According to the couple, they went to the shelter to find a dog that was sweet and also timid. It was just perfect that Elliot was there because he was just that – sweet and timid.

Now, Elliot is quite happy living in a home and with his family who loves him and adores him. If Karla hadn’t seen him and Becky didn’t help out, maybe Elliot may have suffered a totally different fate.

From being a hairless and scared dog, Elliot has transformed into a happy one. All that Elliot needed was love and care and he just had been given that.