Home Still Dogs How To Terrified Dog Conquers His Biggest Fears With The Help Of His Little... 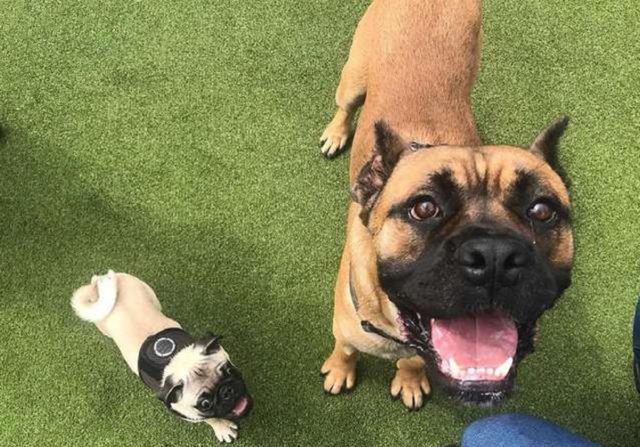 The first time Fraser came to Battersea Dogs & Cats Home, his rescuers believed that his previous owners wanted him to appear tough and vicious.

The huge cane Corso’s ears and tail were cruelly docked. And while it made him look daunting, staffers immediately realized that the enormous pup was indeed horrified of everything.

Fraser was too scared of his surrounding that he refused to leave the kennel. He couldn’t even go on a short walk without cowering. Because of what he’s been through at a very young age, he ended up getting scared of everything and everyone around him. 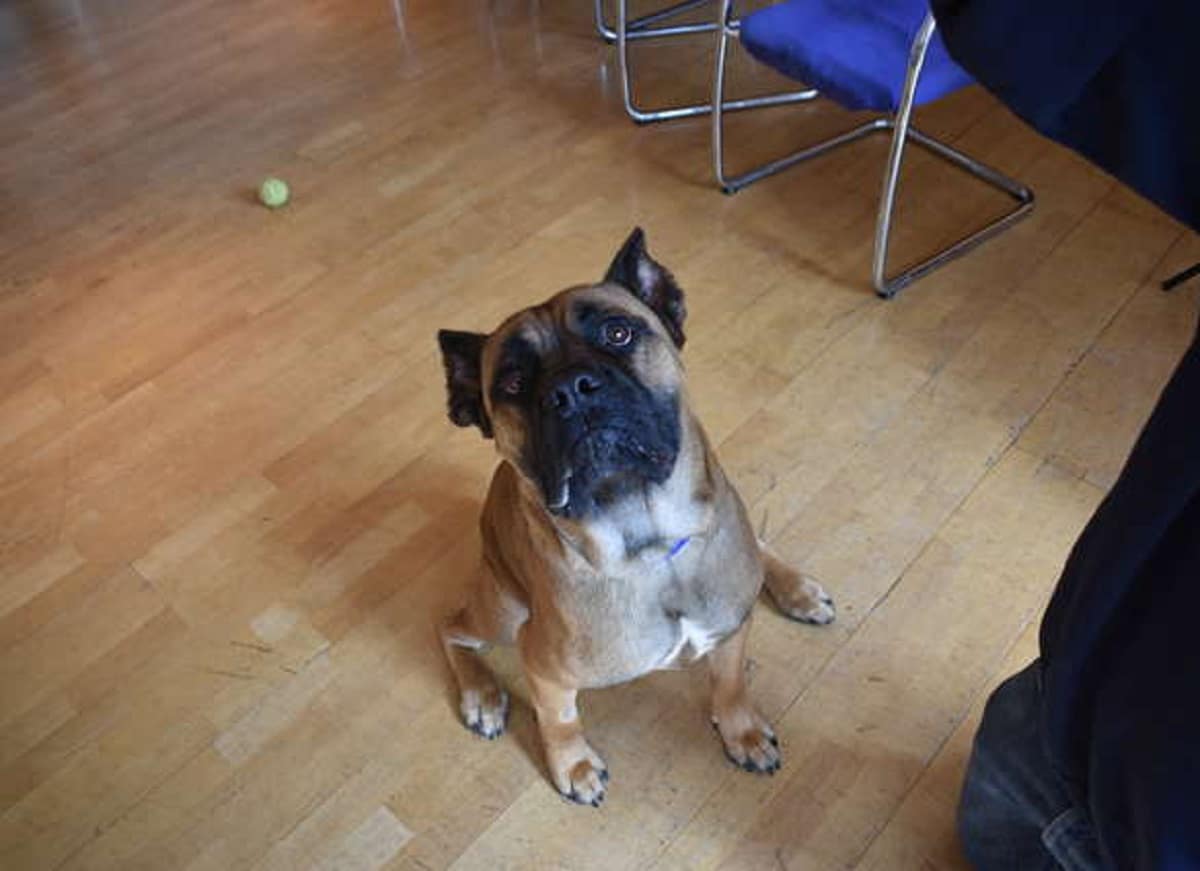 The rescue knew that his extreme fear could interfere in him finding a new home. They wanted to do everything that they could to help Fraser overcome his fears. They started sharing the best possible ways they could think of. But someone had the most interesting idea.

Battersea’s Canine Behaviorist Elizabeth Kidd thought that introducing the terrified dog to another pup might help. And because she recently adopted an adorable pug that’s teeming with confidence, she decided to let Fraser meet Pancake. 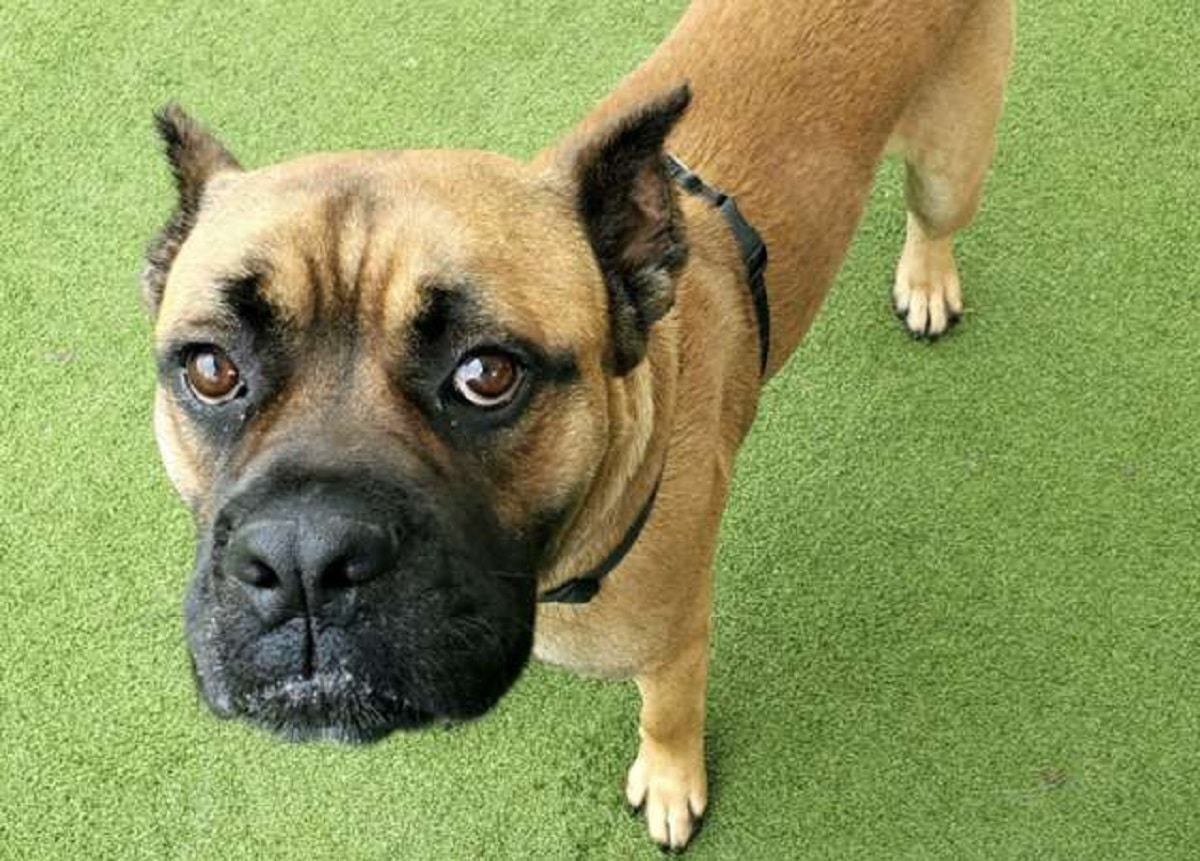 Everyone hoped for the best. They wanted things to work for Fraser’s sake. And as soon as Fraser met little Pancake, he became instantly calmer.

Their friendship didn’t seem likely, but their relationship is heart-warming. Fraser and Pancake got along so well. And the little pug helped transformed the once terrified gigantic dog to a confident and brave canine. 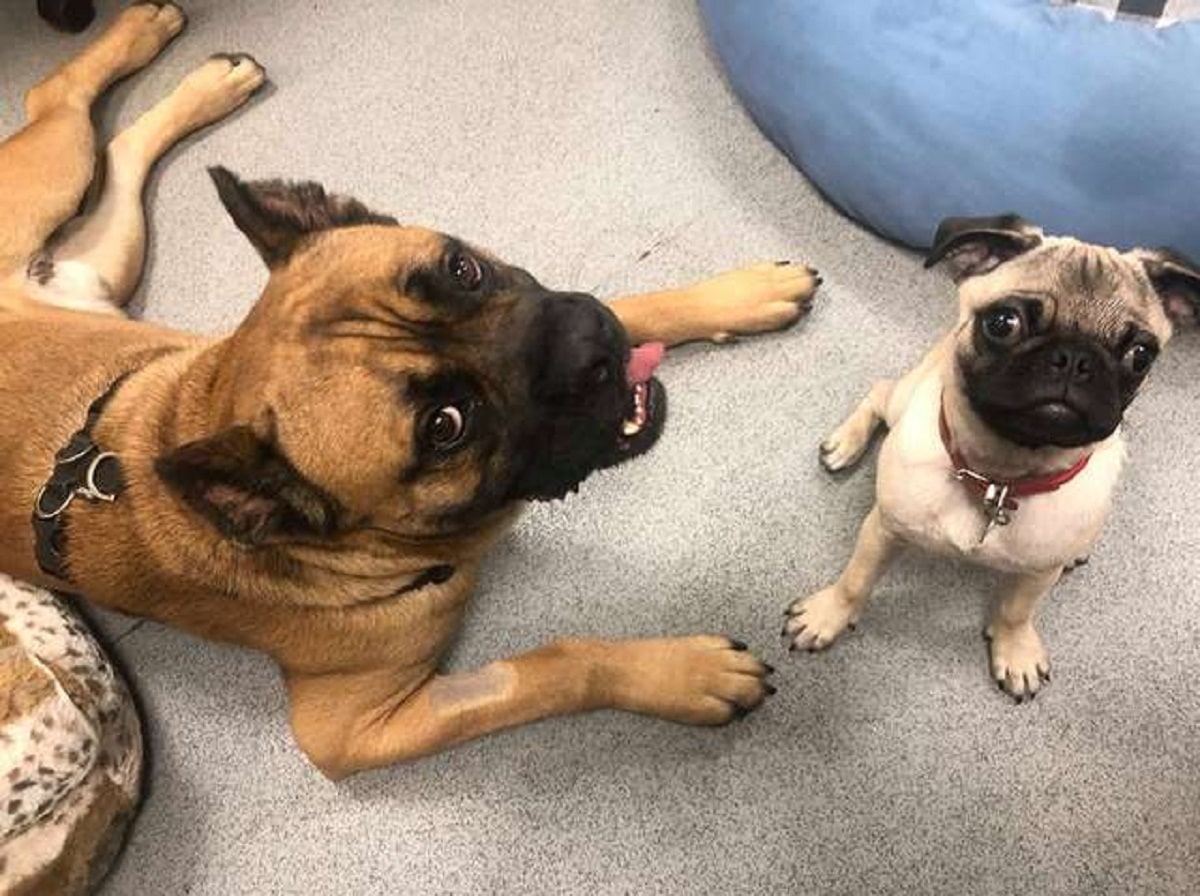 It’s a bit ironic that a huge dog, like Fraser, needed the help of someone as little as Pancake, but who cares? It absolutely worked.

Now, Fraser’s fears have all melted away. He’s now like any other dog who loves to play and just enjoy life. Thanks to little Pancake’s help, the once terrified dog is currently set to meet his new forever family. And in no time, Fraser will be going to his forever home.