Dogs for a long time, have been known to be man’s best companion and when it comes to ranking the smartest breeds; a lot has to be put considered.
According to Stanley Coren in his book The Intelligence of Dogs, not all dogs are created equal. Some breeds are better than others when it comes to executing certain instructions while some are socially or emotionally dependent than their counterparts.

If you’re a dog lover, here are all you need to know about the various breeds; their adaptation, capabilities, and IQs. Read on to get started.

What makes a dog smart?

How smart a dog is, may be thought to be entirely subjective but the truth is, it’s more than just our prejudices or some randomly calibrated guesswork.

In his book, Stanley Coren evaluated the breed’s level of intelligence factoring in their ability to adapt, obedience and instincts.

As far as smartness is concerned, not all breeds will rank the same. Some are more receptive to human behaviors, hence easier to train and will behave just as their owners want them to.

Does a Dog’s IQ matter?

Whether the dog’s IQ matters or not is dependent on the dog owner. The dog, at no point, will learn about his level of intelligence hence won’t have any effect on his growth and adaptability.

Do dogs have an IQ?

Maybe this is a relevant question, but the answer isn’t that straightforward. The IQ test has been modeled to help learn and analyze the dog’s response based on our understanding of their respective and expected behaviors.
There is no standard IQ test for dogs and as Coren explains, one can have the dog take the IQ test he created based on his unique discoveries.

Do big dogs have a better IQ?

This may sound like a myth but according to a Psychology post titled, “Are Big Dogs Smarter Than Small Dogs?” research has shown that bigger dogs could be smarter than their smaller counterparts.

While there is very little to support this statement, Coren shared a research study where data obtained from nearly 1,900 dogs shed some light on this ambiguous topic.
In the study, there was a clear indication that larger dogs were smarter as they could accurately remember the location, smell, and even behavior of people and places for a longer time.

This study doesn’t, however, rule out the smaller canines from being smart as evident by the top ten list of smartest dog breeds. 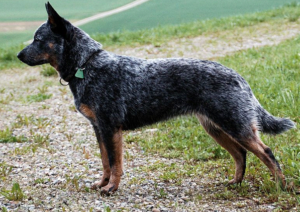 Developed specifically for driving herds of cattle over long distances in rough terrain, this breed sits on the 10th spot of our top smartest dog breeds.
Known for its care-taking abilities, brave, obedient and cautious temperament; the Australian cattle dog isn’t your average pet dog. During those days, they could easily trace a missing herd without getting lost in their line of duty.
Currently used as guard dogs, the Australian cattle dog still exhibits their intelligent and independent streak. 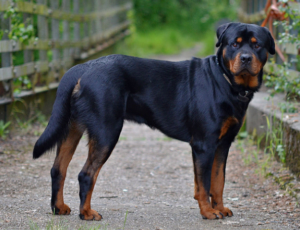 This is a fearless and obedient dog breed that originated from Germany and is known for its stockier build. It was originally used to herd livestock and its reputation is well established in the market.
The pros of keeping a Rottweiler is that it can be a great guard dog that will keep your family safe at all times while enjoying curdles and living as part of your family.
Besides being very territorial and somehow aggressive; a Rottweiler is friendly, loyal and very intelligent. 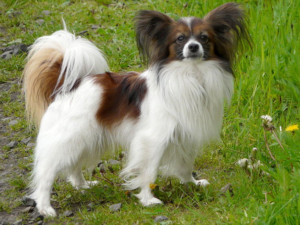 According to American Kennel Club, Papillions rank among the most preferred dog breeds due to its agility, intelligence, and companionship.
Also known as the butterfly dog, the Papillion is easy to train and sociable with children and strangers. 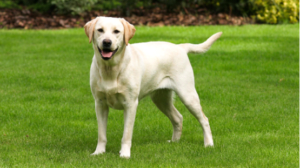 Labrador retriever is a popular dog breed that’s prized as a hunting and sporting dog. This breed originated from the United Kingdom and Canada where they are commonly used as therapy dogs, and for detection purposes by law enforcement.
Apart from being very friendly, intelligent and patient; this breed is easy to train and makes a great fetch dog. 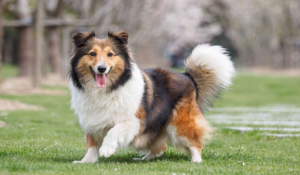 Often known as the Sheltie, this breed is reputed for its lively, loyal, reserved but active temperament. They are highly intelligent and rank on the sixth spot in Coren’s list. 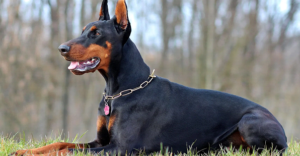 Dobermans are often considered people-oriented dogs when trained properly. Besides being a guard dog and a companion, Dobermans are highly intelligent and competent when deployed in the right places. They can easily identify victims from perpetrators by reading body language. 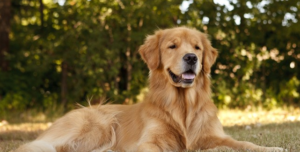 With the Golden Retriever, there is much that meets the eye. This confident and trustworthy canine friend is well built with a remarkable IQ. Golden Retrievers are kind and reliable. 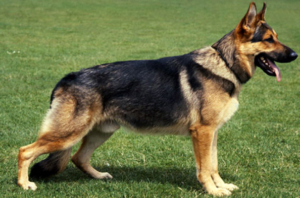 In an ideal world, everyone would own the German shepherd. They are not only the most intelligent but also the easiest to train. With sharper brains and softer temperament, German shepherds are great problem solvers. They are the most ideal family dogs with a higher percentage preference in the market. 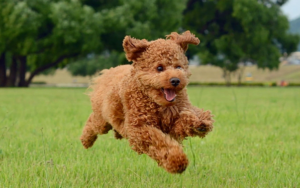 If you’re in for the looks, you might not fall for Poodle, but intelligence wise-it among the best. This breed is skillful in various activities, whether sporting, tracking or herding. 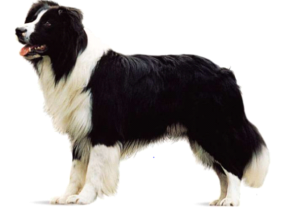 A herding dog breed developed for obedience and intelligence tops the list. According to Stanley Coren’s intelligence rankings, Border Collie is like no other dog breed on this list.
It can learn new commands in a short time and follow it through at least 95 percent of the time.