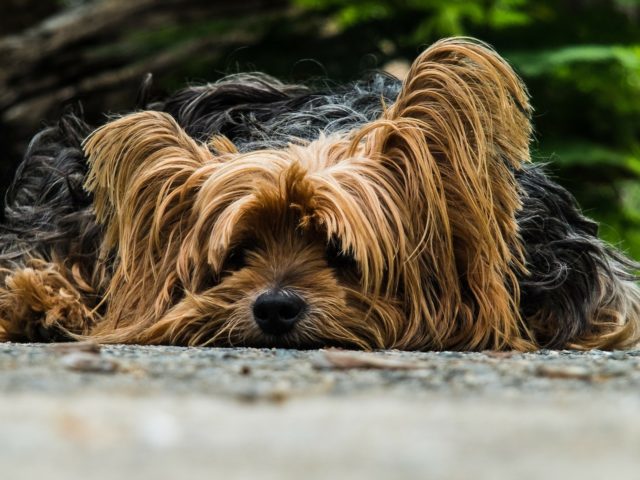 As an owner, one would choose a dog that is low-maintenance and requires minimal supervision and training. After all, with the priorities piling up and time is constantly used up to finish a task, how can you squeeze sufficient time in training your dog with tricks and reinforcing house rules with him?

Usually, people would adopt a dog for the sake of companionship. Dogs are known for their boundless loyalty and unconditional love.

You don’t need to teach them how to run an obstacle course or performing challenging tasks like being able to open the door or fetching a bottle of water from the fridge (although it is possible!), but basic commands should do.

Training is part of growing your dog into a well-mannered part of the family. If your a dog is not naturally inclined to move or is too lazy to follow you around, here are some of the notes to keep in mind when training a lazy dog.

Placing treats around the house

Training a dog in a specific location can sometimes bore or immediately demotivate your dog into following your command. One trick to keep training your dog is to have treats placed all over the house. Place them in areas where he can’t see or access them but only you can. These shall serve as the reward when you catch the dog doing something good out of mere spontaneity. This shall motivate them into repeating the behavior more often.

There are times when a lazy attitude is appreciated than having a reactive response to whatever it is that is happening around him. For example, when you see your dog just laying on the floor when you cook dinner, reward him with a snuggle or a piece of his favorite treat. Aside from that, you can also reward him when his chilling on his bed quietly observing you mop around the house instead of chasing it.

Know what they want and use it as a reward

As a pet owner, you have to know what keeps your dog going. Being able to understand what they want and what they need is essential for a successful and well-behaved dog in the future. If your dog wants to play outside, make him work for it. Before opening the door, make him sit down for 5 seconds and then let him run around. When training dogs, you don’t have to necessarily put him on the strain, you just have to look for opportunities wherein you can incorporate training into his routine.

Other pet owners turn to corrective approaches when they witness behaviors that are considered inappropriate. But, you can be lazy as well with this one. The best thing you can do when your pet exhibits behavior that is not acceptable in your household is to ignore it. Dog wants to eat human food and cannot wait for his food to be served? Ignore him. He keeps on barking at the door even when you extended his playtime? Ignore it.